Dave Joerger has done a remarkable job expanding his playbook throughout his first season as an NBA head coach. One of his latest installments is a side elevator doors play for sharpshooter Mike Miller.

Mike Miller, even at the ripe age of 34, is still one of the best shooters in the entire world. Ergo, it is not difficult to understand why coach Dave Joerger tries to create open looks for him a variety of ways. Miller has been lights out since the All-Star Break, holding a league high 70% eFG% since that time. All he needs is a tiny sliver of space to let it fly. This side elevator doors play gives Miller just that.

To begin, Miller, the beneficiary of the play, is setup on the perimeter on the right side of the floor. Marc Gasol begins at the right elbow facing the ball to know when he should begin his action. As Nick Calathes dribbles far beyond the three-point line biding his time until the play begins, Tayshaun Prince and Zach Randolph make the first moves. Randolph saunters to take Prince's spot on the low block, all the while setting a weak pick with his motion for Prince to shoot to the top of the key somewhat free of his man, thus enabling him to receive the ball. 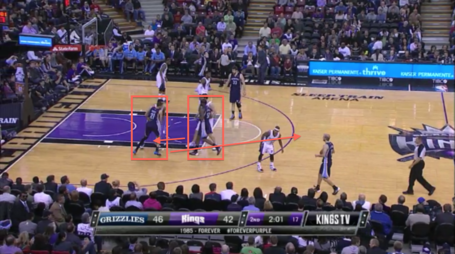 Once Prince receives the ball, Gasol briefly pretends like he is setting a screen on Prince's man to begin a pick-and-roll before jogging down to the paint to position himself next to Randolph. The fake screen is just enough to keep the Kings guessing and off guard. 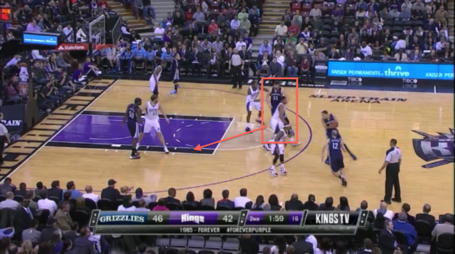 Several simultaneous actions are next on the agenda. For Calathes, his action is to cut through to the right side of the floor after delivering the ball to Prince in order to take a defender away from the side of the floor the play is being run to as well as create space for the forthcoming pass to Miller. Next, Prince dribbles, almost in place, a few small steps to the right to create confusion amongst the defense and keep them off balance thinking the play is going to the right. The last step is for Miller to begin his sprint across the paint to split the screens of Gasol and Randolph, even though Gasol has yet to reach his designated spot. This play is all about perfect timing. 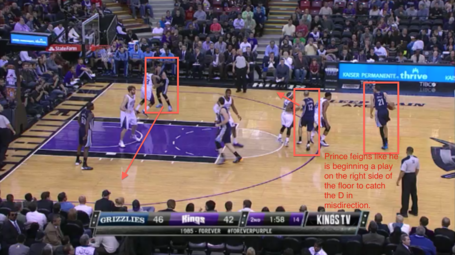 As Miller gets about halfway across the paint, Randolph and Gasol are in position to set their screens. For now, they are just loosely setting them so the defense cannot read what's coming. At the top of the key, Prince pivots to ready himself to deliver the pass to Miller. 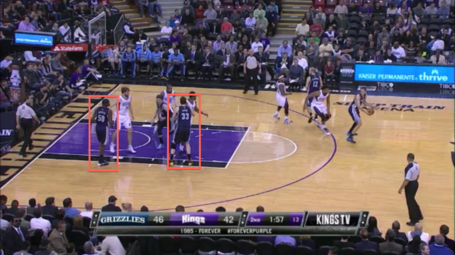 Just as Miller squirts between Gasol and Randolph's screens, the two giants shut the elevator doors, prohibiting Miller's defender from shooting the gap, too. By now, the Kings realize what is happening, but it's too late to do anything about it. Miller is now wide open. That's bad news for any team not named the Grizzlies. Prince delivers the pass at exactly the right moment, right when Miller is turning to get in his stance. 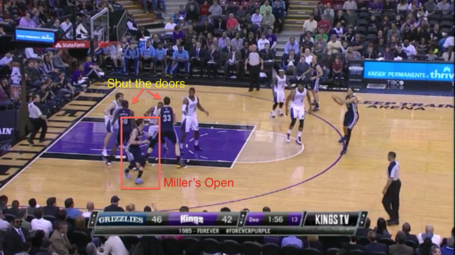 Miller's man is finally able to fight through the massive screeners, but it is way too late to contest the shot from one of the best shooters in the NBA. 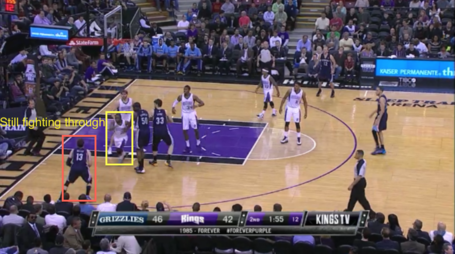 The only thing left to do is for Miller to let it fly, which he does. He misses the shot, but the play design is beautiful. It was perfectly timed, and it got an incredible shooter a wide-open look. 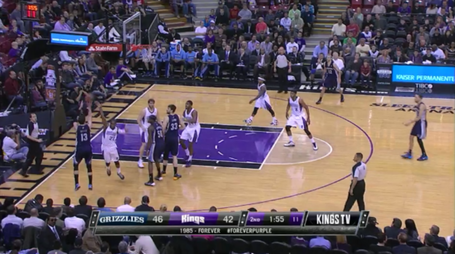 Joerger has called this play more than once, and it has gotten Miller a really good look at the rim the majority of the time. The one instance it did not get Miller open was in a recent matchup with the Pacers. However, the good thing about the play is the multiple options if things break down for Miller. You will notice this in the first clip in the video below.

Miller has missed most of the shots that resulted from the play, but that should not deter Joerger from continuing to call it. It is an excellent set that gets the Grizzlies best shooter open, and it could be a great call when the Grizzlies need a three late in a game, particularly if this team makes the playoffs.