The Memphis Grizzlies are bringing one of their own home. Marc Iavaroni, former head coach of the Grizzlies, has been hired as an assistant coach for the remainder of the season. Iavaroni has been associated with the NBA as a player (1982-89) and coach (1997-2013), including leading the Grizzlies to a 35-86 record during his tenure as a head coach in 2007-09.

The hiring was announced in an unusual press conference held in the hotel room of Grizzlies' CEO Jason Levien's after last night's game with the Nuggets. Levien, appearing red-eyed but unexpectedly relaxed given his team's recent struggles, was effusive in his praise of Iavaroni.

Which Grizzly is most likely to run for mayor?

Our next Ranker.com installments asks, which Memphis Grizzlies' player is most likely to run for Mayor of Memphis one day?

Which Grizzly is most likely to run for mayor?

"Marc brings a wealth of experience to the table. He's been a coach with the league's premier teams. The Raptors, Cavaliers, Suns, Clippers... these are organizations we look up to and want to model our franchise after. We'd be remiss if we didn't acknowledge the great deal of respect the city of Memphis and the Grizzlies organization hold for Coach Iavaroni. Most importantly, Marc spent the past 3 seasons coaching for the great Vinny Del Negro. We wanted to bring some of that Clipper spirit to Memphis."

Head Coach Dave Joerger was also at the press conference but had less to say about the hiring. He could be heard chuckling through much of Levien's remarks, particularly the last one. When asked what Iavaroni brought to his coaching staff, he paused from licking the Cheeto dust off his fingers, grinned widely, and said, "No comment". He then returned to licking his fingers.

The timing of this move is curious, as the Grizzlies are fighting to edge into the playoffs in a tough Western Conference. Levien was able to shed some light:

"We see him as both a former winning player and a coach who can handle substitutions. We've had a problem this year where Dave forgets he has players on his bench for entire quarters. It's something we hope to improve on. We plan to have Marc strategically positioned on the bench so he can see all of the bench players and inform Coach Joerger on which players are available."

Given the recent history of coaching turmoil in Memphis, one can only wonder if Coach Joerger feels his seat heating up. When asked if he was concerned about an assistant with head coaching experience possibly creating a power struggle, Joerger said "you mean Iavaroni?" then laughed hysterically until he lapsed into a wheezing fit.

When reached for comment, Iavaroni sleepily answered, "No, I don't coach the Grizzlies anymore."

After explaining we were calling about him being rehired, there was a long pause. "Oh, well, I'm thrilled to be heading back to Memphis. I never really could get into the barbecue or the music, but man, those elementary murals all over the city speak to my soul. Some call an epidemic, I call it a miracle. I would've thought losing like 75% of the games would've burnt a bridge or two, but I'm thrilled that Memphis still digs my work as much as I dig theirs." 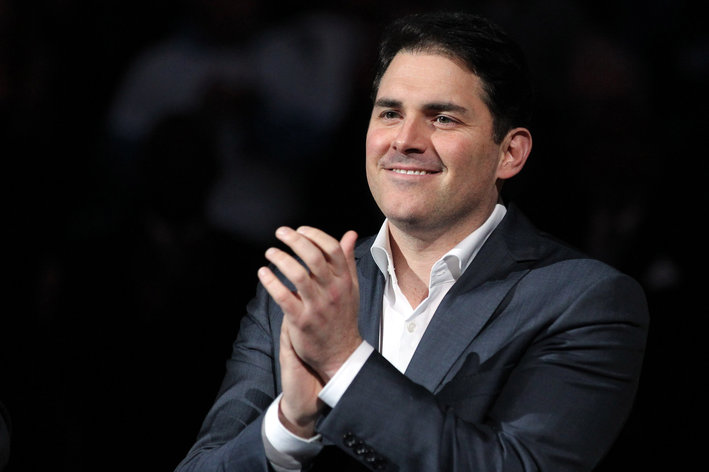 Find out what the Grizzlies CEO is thinking.

Before hanging up, Coach Iavaroni had a question: "Hey, uh... dude? Did they say when I start?"

The player reactions were somewhat mixed.

Point guard Mike Conley met the news with "no comment" and an icy glare.

Marc Gasol took a long moment before responding. "Coach Iavaroni has been around the game a long time. He's... he's tall... and... he's... he used to be a Grizzlies coach."

Forward Zach Randolph was less diplomatic. "Listen, that goofy-lookin' m----f----- been coachin' forever and he ain't won nothin'. I just hope none of that Clipper stank rubs off on us."

While the bench players could be seen having a celebratory drink, backup guard Beno Udrih had perhaps the most positive outlook on the hiring: "Marc, it's the same first name as our center Marc Gasol, so he's probably good coach. He has last name Iavaroni which sounds Italian and pizza is Italian and I love pizza. You'll see, 2 Marcs, GnG, don't give up, just win, baby."

One thing's for sure: it's going to be an interesting stretch ride for those loveable rascals, those Beale Street Bears, your Memphis Grizzlies.