The bear necessities for the game today. (nothing like a bad pun to start your day)

Your game links supplied by GBB:

Memphis Grizzlies are ready to be every top seed's nightmare

Where Zach Randolph's strength fails him: against the Thunder's post defense

And don't forget for those of you in Memphis... 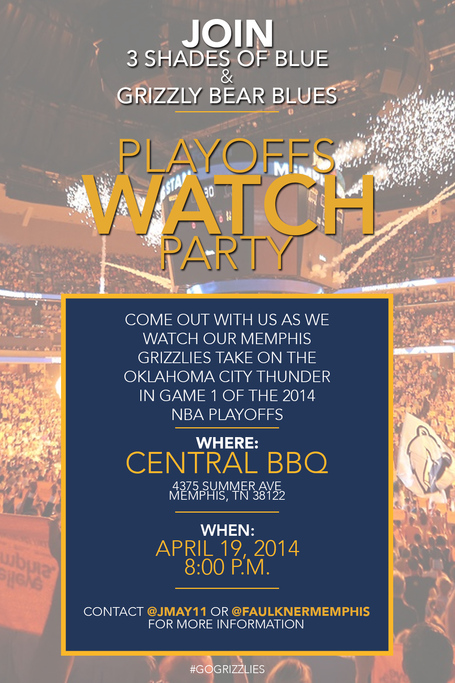