Zbo did not get down on himself when the Thunder had a block party at his expense down on the low block to begin the game. His persistence paid big dividends, as Zach put his focus on positioning himself to go around the defense instead of trying to bulldoze through them. His clutch buckets during OT has proved his mettle once again during crunch time.

Prince needs to take a page out of TA's book and start playing with do-or-die mentality. With TA dominating the Memphis headlines, Prince should be playing intense, physical defense on Durant just like what TA is doing out there, if you're only going to be playing 20 minutes maximum, why not go straight into 5th gear on defensive intensity and see what happens?

Gasol is slowly solving the Thunder defense by shooting less jumpers and finding ways to drive to the basket more. His playmaking on the elbow has been superb as well, creating unpredictability on offense that the Thunder are having a lot of difficulties to figure out. His bone-headed foul on Durant's four-point play and another wrist slap on Durant at the end of OT will remind Gasol to be more disciplined at crucial junctures, as both plays could have easily cost the Grizzlies the game.

Remained composed throughout the contest by working the pick-and-roll with high efficiency and finding seams to set up teammates with regularity. Was interesting to see Conley not matched up against Westbrook to conserve energy and it has definitely worked to the Grizzlies advantage. Two missed crunch time FTs and poor OT play gives Conley areas to improve on for the rest of the series.

A massive turnaround from Game 1 as Lee polished every single aspect of his game and was one of the many difference makers for the Grizzlies. Lee did an admirable job on Westbrook throughout the night by ushering him into defensive crowds, his offensive drives and mid range pull-ups also made Durant not take a breather on defense. His final, clutch free throws at the end of OT to seal the game capped off a great night from the charity stripe. If the Grizzlies can continue to match the Thunder in free throw shooting, they will be very tough to beat now that they have home court advantage.

Superb. Supreme. Superhuman. These are the the words that comes to mind when watching TA perform last night. Words simply cannot describe the level of dominance TA displayed on the defensive end. At one stage Durant, the likely MVP of the league, looked to have been waving the white flag with TA dogging him the entire night, as he had so much difficulty just to be able to receive the ball. This is undoubtedly the most enjoyable Grizzlies individual performance of the season by a long, long way. Playing way above his size? check. Doing all the imaginable intangibles? check. Giving 200% effort? check. Rebounding like a hound and playmaking at crucial moments? check check check. I gave TA an A+ for game 1 and he blew that performance away in game 2, so his grade is nothing but an S for S-U-P-E-R-M-A-N. 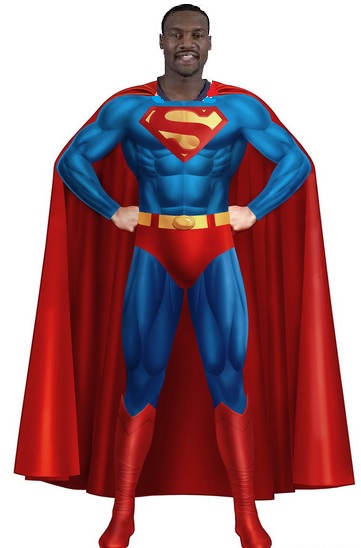 Even the most optimistic of Grizzlies fans wouldn't have seen this coming, as Beno repeatedly made the Thunder pay for focusing on other Grizzlies players on the floor. Udrih simply waltzed into open shot after open shot with simple picks from his big men. All the key areas of improvement that was required from game 1 was ticked-off with flying colours.

Even if Miller played no part of the entire regular season, his clutch three at the end of the fourth quarter would have completely justified bringing him on, as Miller is the only player capable of taking that three with confidence considering the circumstances. Improved team rebounding was one of the key areas that the Grizzlies needed to focus on, and Miller helped tremendously with his gang-rebounding philosophy.

Davis showed considerable improvement in areas that he needed to excel on, with his rebounding rate and defense adding good value on the court during his short stint. Unfortuantely for Davis, his predictable offensive capabilities is still the biggest limiting factor for his lack of playing time.

Imagine what KD could have done to the Grizzlies without TA's presence. The Grizzlies did their best to slow down KD and Westbrook while limiting their role player's impact. Yet the Thunder were a few bounces away from stealing the game from the Grizzlies. It will be a tough task to defend home court the next two games, as Durant will certainly make adjustments to counter TA's physical play.