After watching many NBA teams partner with NBA D-League teams to form a single-affiliation, the Grizzlies have finally followed suit, snatching up the Iowa Energy. 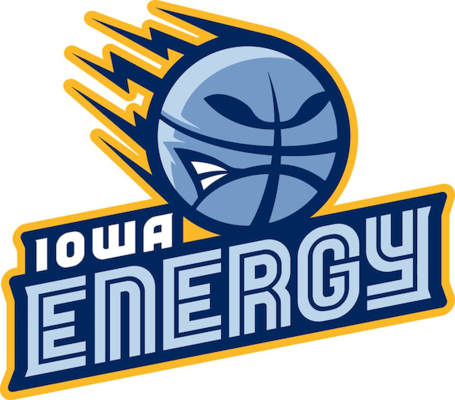 It's about time. That's what many Grizzlies fans found themselves saying when the Grizzlies announced that they have finally entered into a single-affiliation NBA D-League partnership with the Iowa Energy.

Not only have the Grizzlies affiliated themselves with the Energy. Grizzlies' minority owner Jed Kaplan bought the D-League team as well. This development might have been in the works for some time. According to an article from the Memphis Business Journal, the Energy's founder, Jerry Crawford said he received four offers to buy the team. He went with Kaplan's offer because he was the only one willing to keep the team in Des Moines, Iowa.

Things like buying a team, even one in the D-League, don't typically happen overnight. Dan Reed, president of the NBA D-League, has said there is a waiting list for NBA teams wanting a single-affiliation partnership. Odds are this is something the Grizzlies have been interested for a while, and their time has finally come.

With the season firmly in our rearview mirror, everyone on the GBB staff answered a few roundtable questions as the offseason officially gets under way.

This guy makes me proud to be from and live in Memphis. It's awesome to think about all the young members of Griz Nation who will grow up feeling the same emotion that's been somewhat of a gradual revelation for myself over the past several years.

The key component in this affiliation that shouldn't be overlooked is the fact that the new owner of the Iowa Energy also owns a piece of the Grizzlies. This is important because it gives the Grizzlies complete control over the Energy, where they can select their own personnel to develop and coach players, implement the schemes they want young guys to learn, and really keep an eye on their players' development every step of the way.

So let's say Jamaal Franklin spends a lot of time in the D-League again during the 2014-15 season. This time around, the Grizzlies will be able to dictate the amount of minutes he gets, his role on the team, which skills he focuses on developing, etc. That's huge to be able to be that hands on with prospects and tailor their experience before re-joining the big club.

More and more, interesting things are happening in the D-League. Houston Rockets General Manager Daryl Morey uses the team's D-League affiliate, the Rio Grande Valley Vipers, as a guinea pig to test new hypotheses that the organization has developed through studying film and advanced stats to attempt to gain any advantage they can.

Given that the Grizzlies' front office and/or the group that makes the big decisions is chock-full of analytical minds, such as John Hollinger, Jason Levien, and Stu Lash, it wouldn't be surprising to see the Energy used similarly to how Morey uses the Vipers - as a playground.

With the mess the NCAA is currently in coupled with far more cries for a real alternative for players with NBA potential to continue their basketball career after high school without having to go to college for a year, the D-League is positioned to grab that torch and become the development tool of the future for the NBA. It's a good thing the Grizzlies jumped on the bandwagon now.