Everyone loves shot charts, and Austin Clemens of Nylon Calculus released some killer ones today. I decided to use them to break down the shooting tendencies of every Grizzly currently on the roster.

If you follow the basketball blogosphere, you know Hardwood Paroxysm is in the process of expanding while continuing to produce magnificent content. Nylon Calculus is part of that expansion. The site is analytics heavy and run by the tremendous, former editor of Hickory High, Ian Levy. It's been around for mere days, and they have already bestowed outstanding content upon the basketball world - the latest of which is these amazing, detailed shot charts by Austin Clemens.

The great thing about these shot charts is that if you study them enough, you begin to get a better understanding for player tendencies and how they like to operate within the constructs of their team. Study all of the shot charts together, and it becomes more clear why a certain group of guys is more or less likely to succeed together, at least offensively.

I decided to use these shot charts to break down every player that is currently slated to be on the 2014-15 Grizzlies roster outside of rookies Jordan Adams and Jarnell Stokes. The charts add another dimension to scouting, and they can tell you so much if you combine them with the knowledge you already have of the Grizzlies scheme and the way head coach David Joerger utilizes the personnel at his disposal. 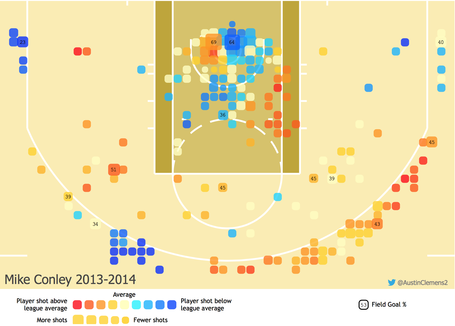 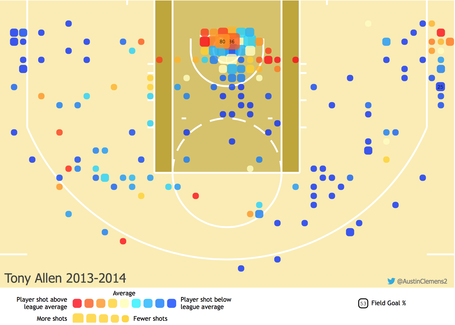 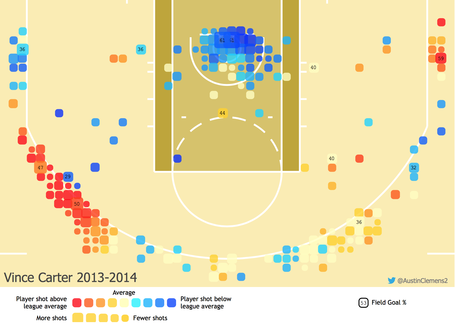 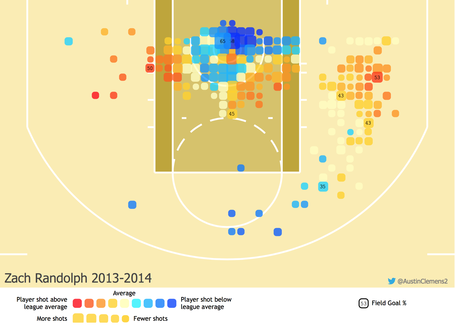 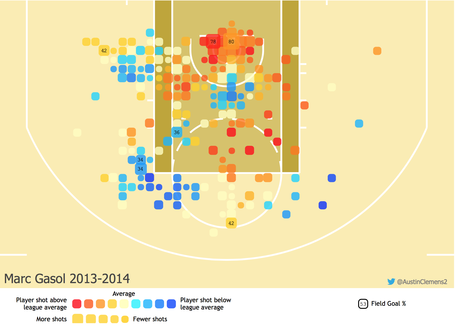 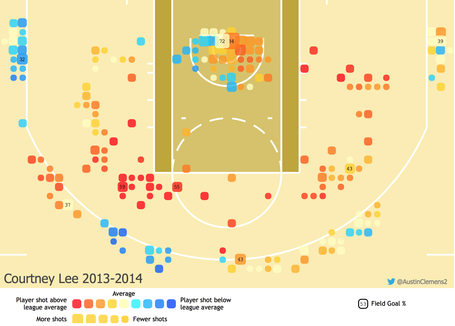 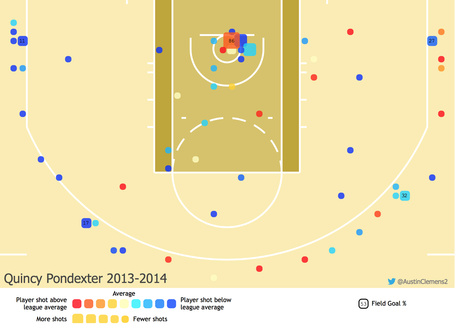 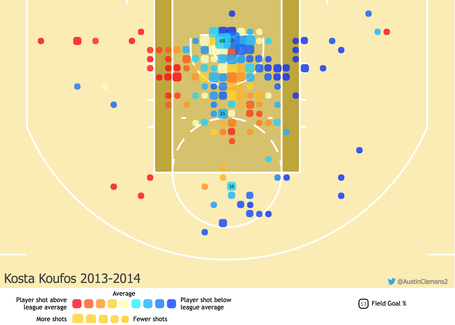 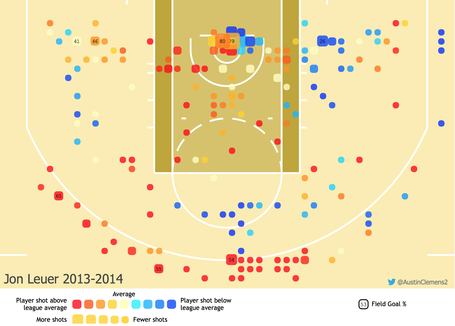 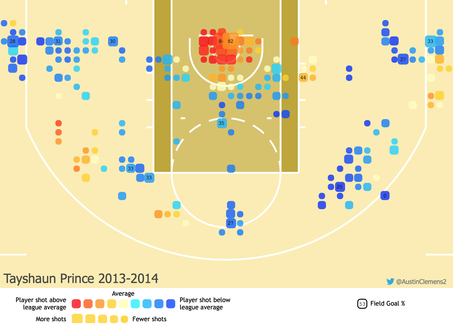 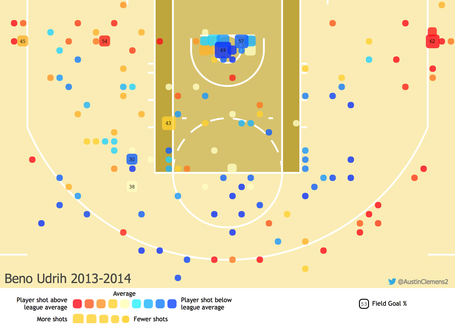 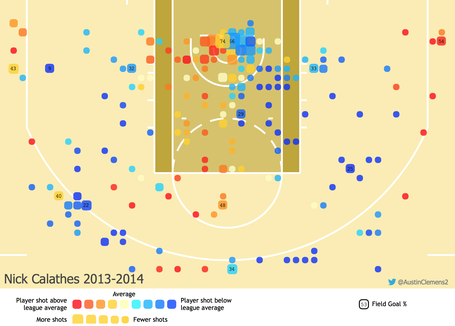 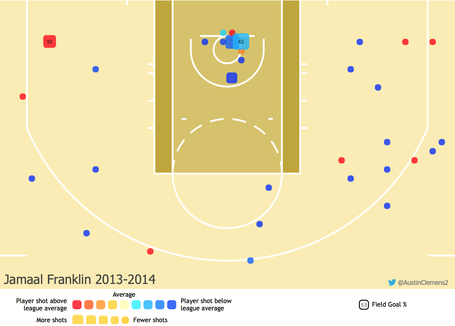 Hope you guys enjoyed. Grind forth!