Fine Grinds: What is the Coolest Jersey in Grizzlies History?

If you could only wear one Grizzlies jersey--the coolest one--what would it be?

Share All sharing options for: Fine Grinds: What is the Coolest Jersey in Grizzlies History?

Right around the time Jay-Z, the great arbiter of cool, threw up on the throwback, the vintage jersey crept back into the closet, festooned only on uni-nerds, hardcore fans, and Ron Artest Metta World Peace The Panda's Friend (yes, that is him rapping while wearing a Mike Bibby jersey). 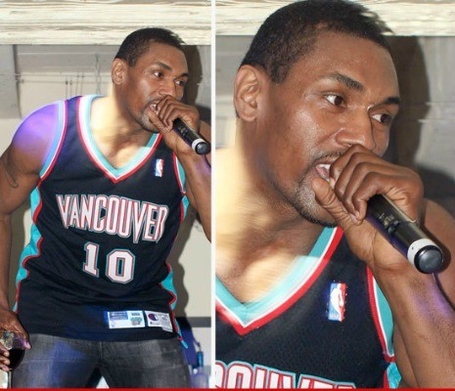 But now, the throwback is making a comeback.  But don't go throwin'-back too far, now--it's the 90s that are coming back (that is if my girlfriend, who showed up at my house last week with her crimped hair in a scrunchie, is to be believed).

Fortunately for Grizzlies fans, our Bears have quite a bright (colored) uniform history, bridging the 2,500 miles from Vancouver to Memphis with enough teal to make a 90s kid involuntarily hum a Backstreet Boys song. And it's not just the old threads: the team's current duds are worth donning as well, the unique color palette and run of success vaulting them into "classic" status.

I presume most of you have Grizzlies jerseys already (I rock a Marc), but if you had to own (another) one, would you go throwback or throw-forward? Teal or Beale? Big Country or Big Spain?

What is the coolest Grizzlies jersey in history? 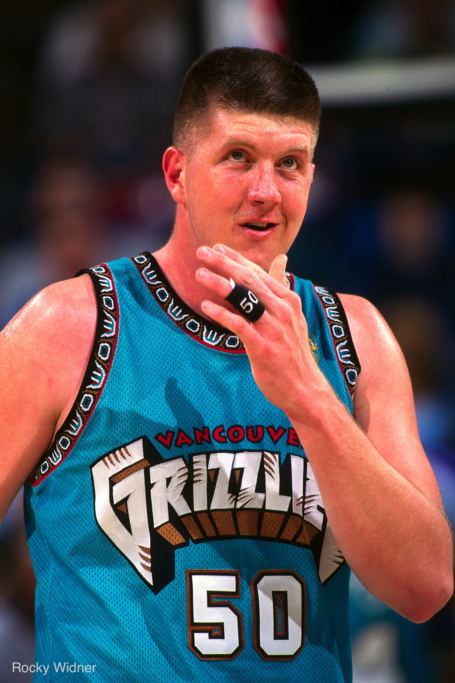 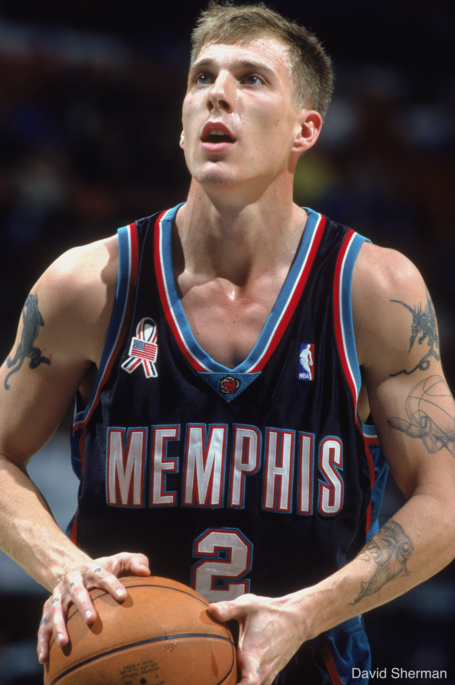 J-Will may be the most certifiably *cool* Grizzly to ever don the red/teal/black/navy/gold/Beale Street blue. The best seasons of his career were in Memphis, and also I practiced this behind-the-back elbow pass for six straight years off the side of my house (he's still a King here, but, well, you get the point). 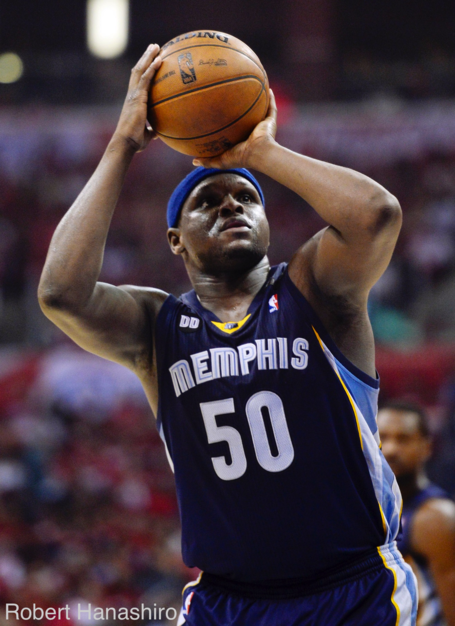 ZBo started it all. In this uniform, Memphis' favorite adopted son tore up the Spurs in the 2011 playoffs, sparred with Blake Griffin, and coined the phrase "We don't bluff" in OKC. Plus, the kid from that GIF has the navy ZBo. 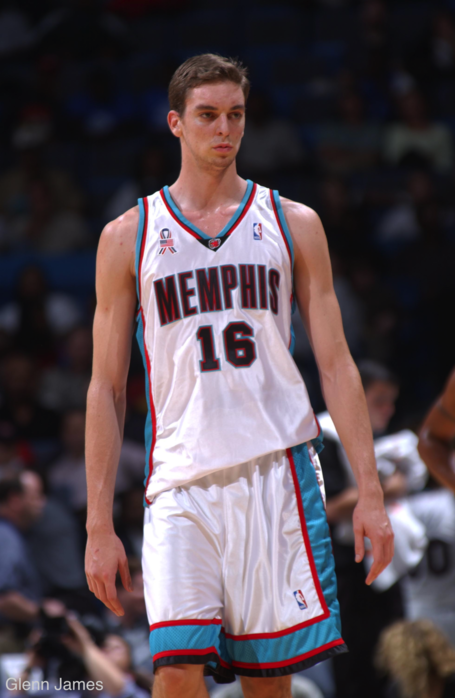 The Grizzlies' OG (original Gasol--sorry, I had to) brought a level of flair and excitement to the sleepy Pyramid in the early aughts. Pau won the Rookie of the Year in these duds, and maybe I've been looking at uniforms for too long, but those whites with red and teal piping are pretty tight, right? Right? 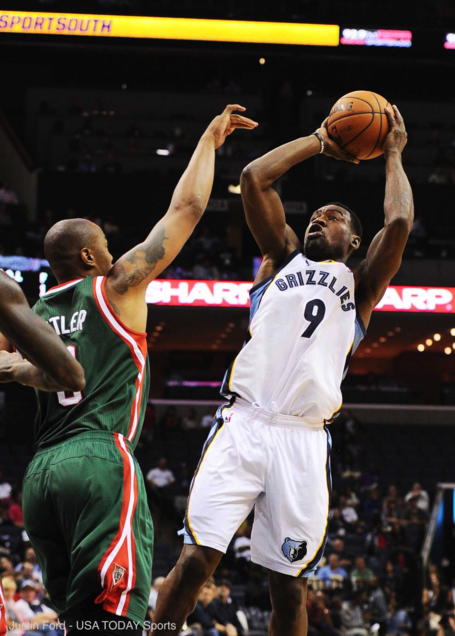 I personally do not think I am capable of entering the mental headspace that donning a Tony Allen jersey requires of you. However, I do think the Grindfather's #9 is cool as hell. TA is maybe the most iconic player in the most iconic era of Grizzlies basketball. That's gotta mean something. 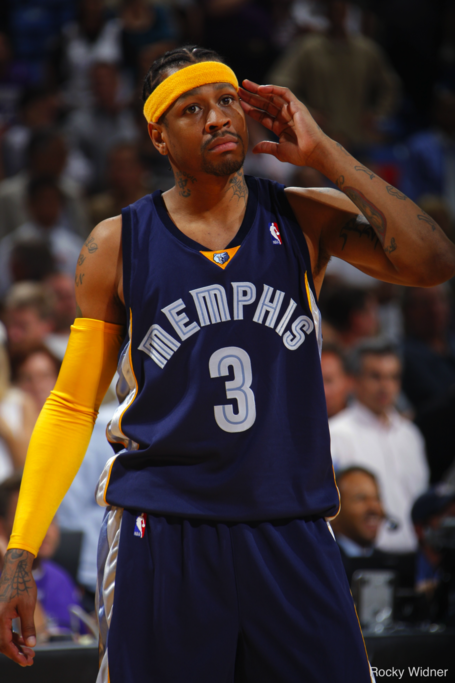 If you own one of these, you deserve some kind of prize. Just Google "allen iverson tyronn lue." There. There's your prize. 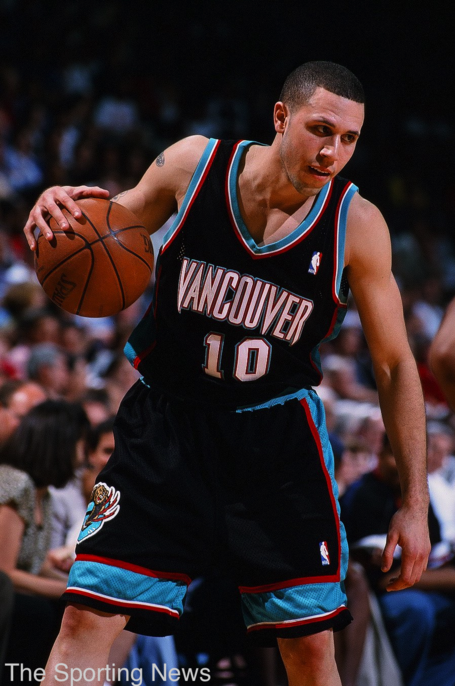 The Grizzlies de-cartooned their uniforms for their last season in Vancouver, opting for the sleeker black-red-teal look they'd eventually sport in Memphis. These Vancouver jerseys honestly look much cooler than their Memphian descendants, for two reasons: 1) the way the "V's" in Vancouver extend further than the other letters; 2) Mike Bibby. 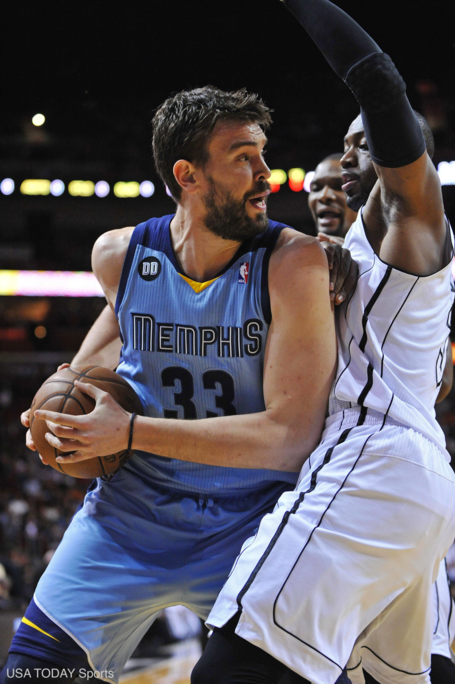 Marc Gasol makes me feel like a kid again, which is strange, because my childhood was generally bereft of large Spanish men. This fun, whimsical Grizzlies alternate--though my least favorite Grizz uni--matches Marc well, as his whirls, underhanded skip passes, and genuine basketballian joy look mighty fine in the Beale Street Blue. 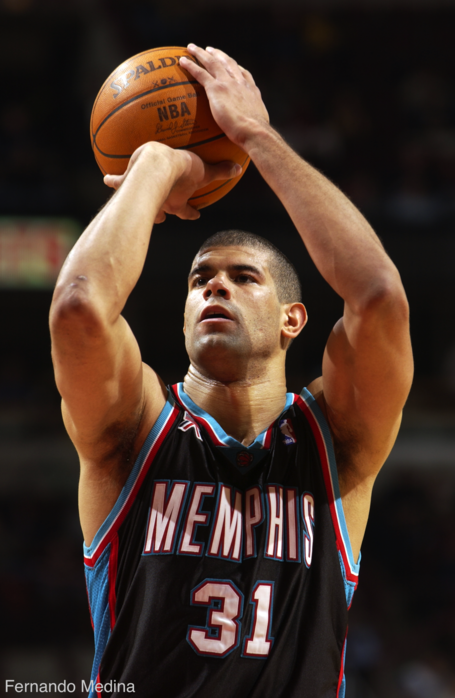 The old fan favorite Battier was drafted into the red and teal era, and made his mark in these black threads. Can you get floor burns on a jersey? 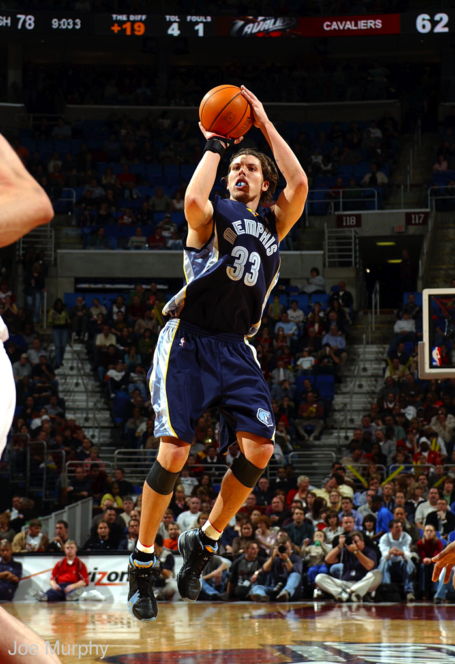 When Mike Miller first arrived in Memphis, he was a lanky, tattoo-less scorer in the prime of his career. He made those fresh navy-and-Beale's look good. I'm about to #letitfly with some uni-nerding here, but Miller's #33 is the only one on this list with the original piping-inside-the-numbers look that the Grizzlies wisely jettisoned after a few years.

Maybe Lorenzen Wright should have been on this list. Beloved in Memphis, the former Tiger and Booker T. Washington star was tragically killed in 2010. Maybe owning Wright's #42 is a great way to honor him, but putting his name on a list of "coolest" jerseys just feels inappropriate.