Share All sharing options for: How to interpret the Memphis Grizzlies decision to host 2014 Training Camp in San Diego

Robert Pera is taking his G-Bears out west for training camp this summer. And as we discussed during GBBLive's final episode last night, there's a lot of elements that make up that decision.

Like Joe pointed out in the show, there's likely a portion of the Grizzlies' fan base that is a little Californiaphobic when it comes to hearing the two names mentioned together. But as Joe also mentioned, Robert Pera likely has an easier time going in and out and of the operation when it's on the west coast. That does not mean he has any intention in moving the team -- it won't happen. There's no reason for it to happen. Don't worry about it. That's actually probably one of the last reasons he made the decision, but I'll get to that in second.

Honestly though, think about this: Imagine Pera doesn't own the Grizzlies and the Grizzlies don't exist. The NBA is creating an expansion team and has selected Robert Pera as the new owner. The NBA allows Robert Pera to select the location of the expansion team. What city/region does he choose? I can almost guarantee it's not Memphis, TN. It would likely be somewhere in SoCal or, knowing Pera, somewhere in  East Asia. And why would you blame him? In this universe, he has no ties to Memphis.

But in our reality, Robert Pera is and will be forever tied to this city. This team is the city and vice versa. In fact, he's so invested in this team and this city that he's doing everything he can to bring it an NBA championship. He wants a fast start to the season, and a fast start will created by a focused team who is in the best shape to compete on October 29th.

Don't resent Pera for taking the team out to San Diego for a week 5 days in late September. Be thankful that the Grizzlies have an owner who has money and is willing to drop some cash on giving his team certain luxuries that will offer them a better chance to win basketball games.

Look at this from today: 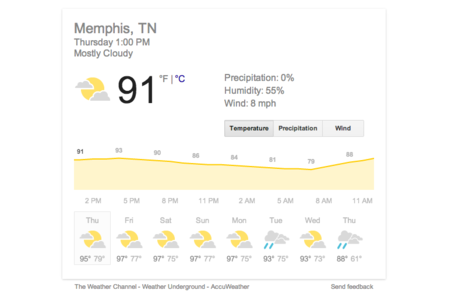 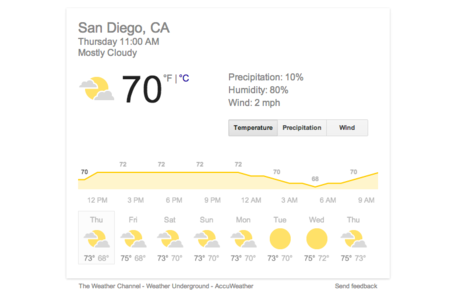 And mind you that this is a relatively cool day compared to the temperatures Memphis has seen this week.

I know that they're not holding Training Camp outdoors, but yesterday (in Memphis) I walked from my front door to my car and was in a fully torrential sweat, beet red in the face, and generally pissed off by the time I sat down in the car seat. I don't mind exporting the Grizzlies to some of the best weather on Earth for a few days during the time of year when the climate of Memphis and the Mid-South is mostly resembling the inner thighs of a 600-pound marathon runner starting mile #25.

So don't sweat it, Grizz Nation. (SWIDT) We're going to possibly be getting the best version of the Memphis Grizzlies we've ever seen when they return from San Diego to start the NBA preseason, and when the projected temperature in Memphis is 79 degrees.

It's not as if Pera's forgotten about the fans, the Grizzlies are hosting a free Open Practice when the team returns on October 6th. Check out all the details over at the Grizzlies site.