With the FIBA World Cup right around the corner, it's time to size up who Marc Gasol will be doing individual battle with when the Spanish national team takes the floor in the group stage.

After Marc Gasol gasped and clutched his body repeatedly while "running" up and down the court early in the 2012-13 season following his participation in the Olympics the previous summer, Grizzly fans are rightfully apprehensive about Big Spain participating in the upcoming 2014 FIBA World Cup. 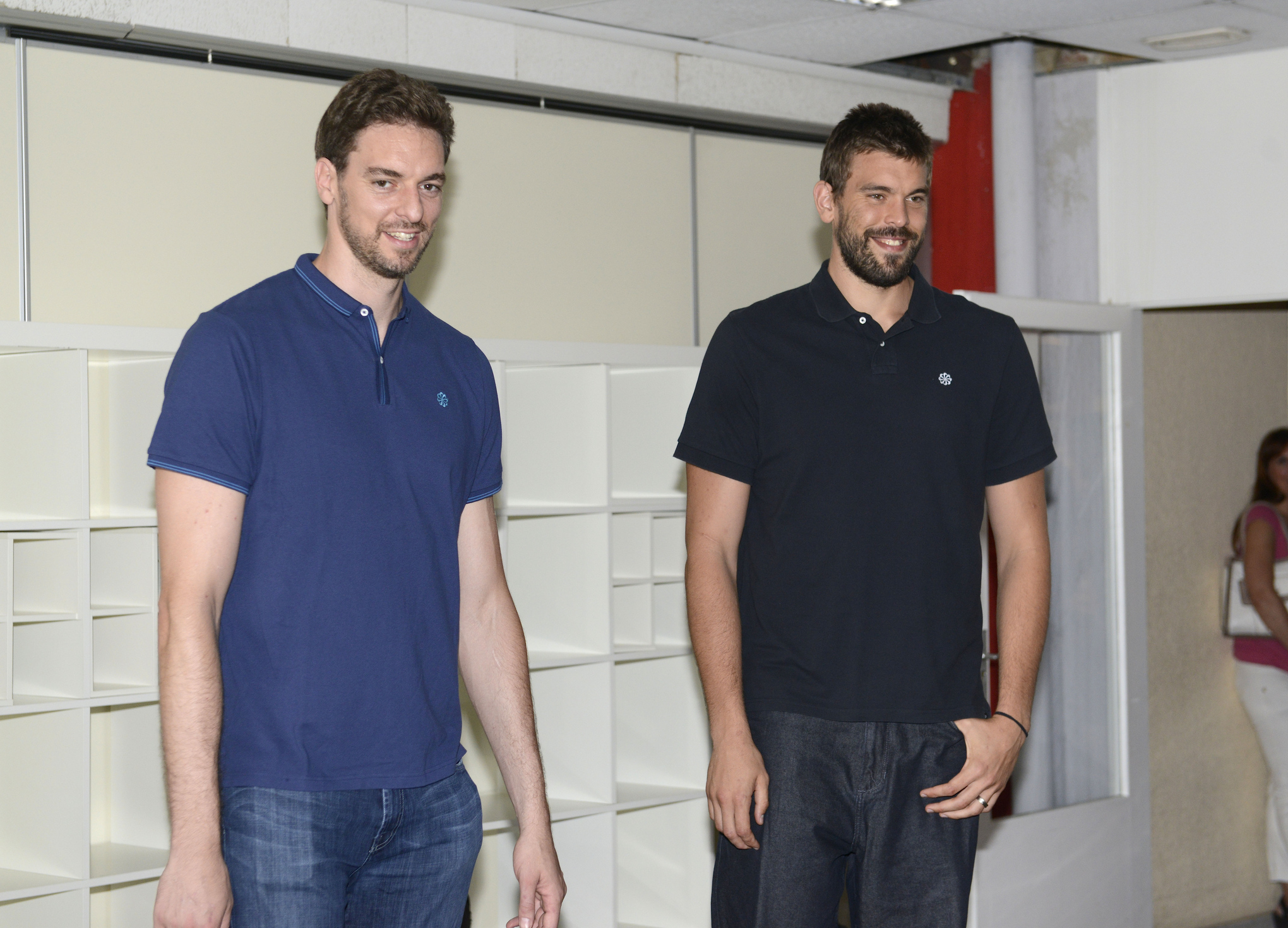 Fans probably should have some heartburn about the lack of rest their favorite team's stars will receive over what is supposed to be the offseason in years where international tournaments are played. Basketball players get battered and bruised enough throughout the lengthy grind that is the NBA season. Throw in more top-level games in the offseason, and some of these guys are bound to show up to camp in the fall still sore and out of shape. After all, that's exactly what happened to Gasol last time he participated in an international tournament between NBA seasons.

Of course, compounding matters is the fact that Spain was drawn into what is considered to be the group of death. With Spain facing some of the toughest teams in the tournament right out of the gate, there will naturally be some stupendous individual matchups to watch. Luckily or unluckily for Grizzlies fans, depending on how you view things, many of these tough matchups involve Gasol.

Here's a look at who Gasol will likely face in every game of the group stage and a breakdown of how he matches up against his projected foes.

Haddadi proved incapable of doing very much in extended minutes in six NBA seasons, but that has never stopped him from dominating at the international level. In the 2008 Olympics, he led all players in blocked shots and rebounds per game. With Iran's limited options, Haddadi features for them, which helps him to fill up the stats sheet. Despite never really gaining traction in the NBA, he's still a quality big man who can rebound and defend the rim at a high level. One of his biggest problems is his lack of foot speed, and that's where Gasol's advantage lies. Gasol will draw Haddadi further away from the rim than he wants to be, and that will open up lanes for Gasol's teammates to drive as well as allow him to exploit the aforementioned lack of foot speed off the bounce or in pick & pop situations.

All you really need to know about Samhan is that he is the guy that played a huge role for Saint Mary's back in 2010 when they made a run to the Sweet 16. He did all this while wearing sleeves. Not like a form-fitting, Under Armour-type shirt. I'm talking about a full-blown big and tall t-shirt. That's awesome. He won't be much of a match for Gasol. This game should give Gasol an opportunity to coast and rest a little before heading into what should be a tough game against Brazil.

The Brazilian side enters the tournament with a three-headed beast in the front court, and there is a good chance Gasol will have to square off against all three of the parts that make up the greater whole at some point in Spain's third game of the tournament. Varejao is a tenacious rebounder whose energy alone could give Gasol problems, but Gasol clearly holds an advantage in the post, where Varejao struggled defensively last season. If Gasol gets aggressive on the low block and goes to his patented running jump hook early and often, it could be a long night for Varejao.

Splitter poses many of the same problems for Gasol that Varejao does. He's a guy that's going to wear out his opponent with his relentless motor, and Gasol's stamina will undoubtedly be put to the test. Additionally, Splitter does the little things incredibly well. He seems to live in the right position on the court, which probably just comes with being a Spur, and he will force Gasol to defend away from the rim. That's not exactly where Spain wants the anchor of its defense to be playing, but a strong Spanish side should be able to adapt and survive. On defense, Splitter holds his ground well against guys bigger than himself. Gasol certainly fits into that category, but his advantage lies in his advanced skills with the ball in his hands. Splitter is a good defender, and it can be easy for him to stop a one-dimensional offensive player. However, Gasol can bang down low and also play out near the perimeter, which will make Splitter's life much more difficult. Splitter struggled to defend guys that could step out and hit a long two last season, and that's where Gasol should hurt him.

Nene's a beast of a man that's tough to stop on the low block, but Gasol will be up to the task. Brazil will likely attempt to wear Spain out and create good looks with the pick & roll, and Nene promises to feature regularly as the roll man. He possesses great mobility, soft hands, and excellent touch around the rim. Even with these skills, it will be tough for him to outmaneuver Gasol, who positions himself better than almost anybody as a defender in pick & roll situations. Offensively, Gasol should be able to draw Nene out to near the perimeter, which will make him uncomfortable. He's not a great pick & roll defender despite his mobility because he doesn't read what action his man is going to perform well. The cerebral Gasol could pick him apart.

All we know about Gobert at this point in his young NBA career is that he is a physical freak. He has the longest wingspan (7'8.5") in the NBA, and he uses it to bother shot after shot down low. He will certainly have a length advantage on Gasol, but Big Spain's experience gives him a clear edge in this matchup. Also, Gasol's strength will allow him to mitigate some of Gobert's length in the post by taking the ball straight up into his chest. This matchup is interesting because of what it could look like in the NBA in years to come.

Krstic is an NBA has been, but he is still a serviceable big in Europe. He's a big that excels in the pick & pop, as shooting deep twos might just be his best skill. He's not going to be better than Gasol in any category, so it will take a massive effort on his part to keep Gasol from demolishing him all game.

Much of the way Spain decides to operate will center around the way Gasol is being played on both ends of the floor. The good news for Spain is that Gasol is so well-rounded that it will be difficult for his opponents to place him in an undesirable situation.

Best of luck to you, Big Spain! For the love of the Grizzlies, take care of yourself out there.