I went shopping on eBay for Grizzlies paraphernalia, here's some of what I found today.

Wouldn't mind having it 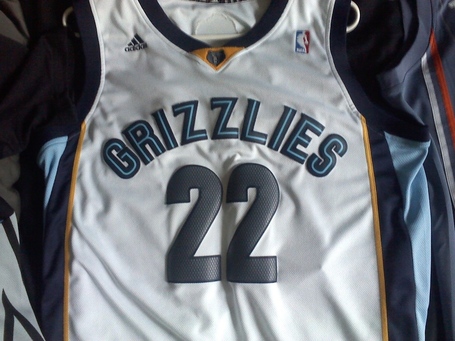 If you can land this for $15 I'd say you found a pretty good deal. Don't be ashamed to still rock out the Rudy threads. It'll be an even better deal once he returns to Memphis next offseason. #Flight22 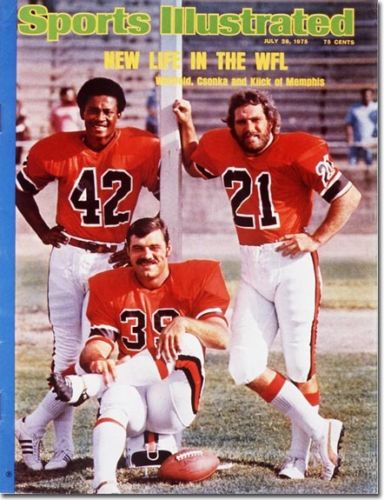 Running across this item inspired this piece I posted earlier. Here we have Larry Csonka, Paul Warfield and Jim Kiick who were NFL players recruited to the Grizzlies to give the franchise a boost. Oh, what could have been. The poor management of the WFL snuffed out a burgeoning fan base for one of the most popular football teams in Memphis' history.

It's a little faded so I'd probably try to haggle on the price, but any hardcore fan should probably own one of the original tickets from that first season. It's not easy to find the old school logo with the Memphis locale so I'd recommend snatching up any of that merchandise when you can find it.

Could be cool, but just isn't 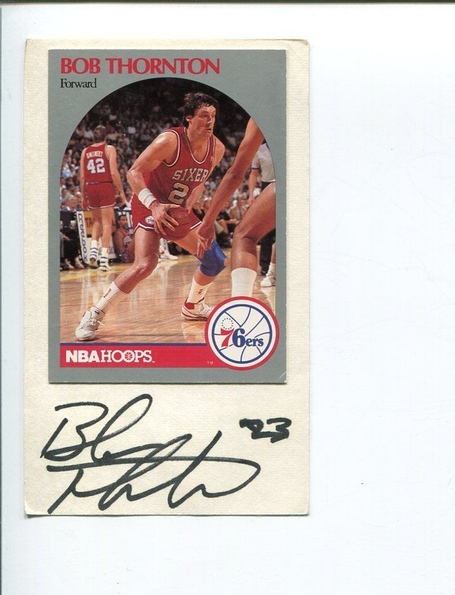 It's fun to see the Grizzlies assistant coach in his glory days, and it's cool to have his autograph. But it'd be a lot more collectible if the autograph was on the card, and if it didn't look like it had been in my backpack during grades 7th-10th. And even if it's the best looking Bob Thornton collectible out there it's probably more attractive to a Sixers fan.

Autographed Magazine Cover of the Once Core 5 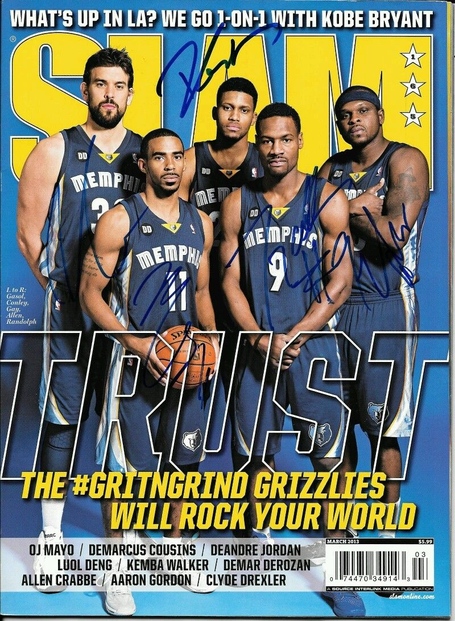 I'm not going to lie to you. It still hurts a bit to look at this photo. What could have been and what was supposed to be ... the magazine is right: they were supposed to rock my world. And they still have, and this cover is still awesome. But the signatures are done in blue ink on blue jerseys on a blue page. It just doesn't display very well. 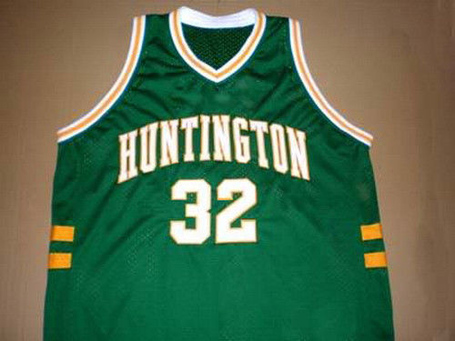 This has hipster chic written all over it if it weren't for the fact that O.J. has turned into one of the most disappointing players in the league. It's also pretty reminiscent of the Tams throwback colors, and I'm good on that.

Don't even make me tell you 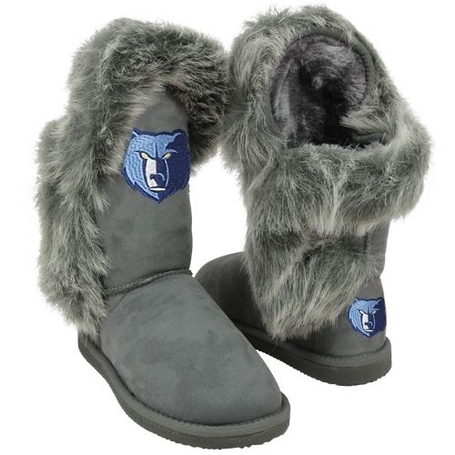 Why did someone hack off parts of Grizz and sew them into boots? It'd be like a New Orleans fan wearing a pelican feather jacket with a picture of Pierre on it. These are just disgusting and I hope I never see a Grizzlies fan wearing them. 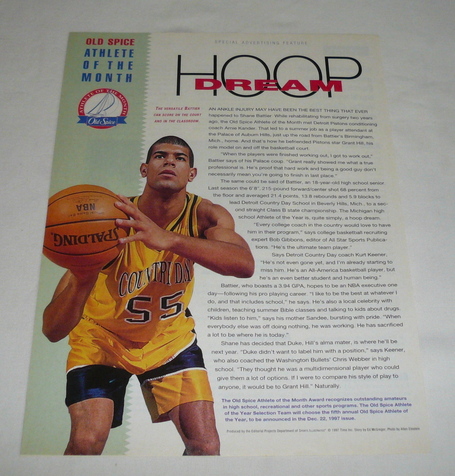 I've never understood these types of listings and subsequent purchases. I suppose if you're a diehard Battier fan you might consider something like this, but I just need to remind everyone that it's a page torn out of a magazine. And it hasn't even been preserved well. You could probably figure out which magazine this came from and buy it for $1. 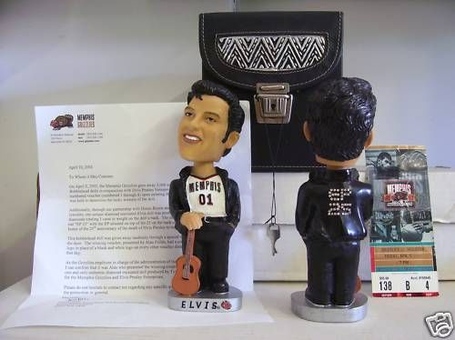 Go check the price tag before you wonder why I'm being so hard on this. I know Elvis fans can be crazy, and if they happen to also be a Grizzlies fan then I'm sure this is a holy grail of sorts. But the starting point for the price is absurd and what I'm imaging is 1 carat in trash-diamonds is probably worth under $100, so keep in mind this is about the rarity . This one is going to be sitting on the digital shelf for a long, long time unless the seller finds their way back to reality. Especially when a non-diamond version sold for $36 a couple of weeks ago.