GBB Over/Under: Under-rated "What Ifs," a Funeral for a Dream and Tradition-Smadition

Your weekly look at what is over/under-rated with the Memphis Grizzlies, the NBA, and life, the universe, and everything else.

Share All sharing options for: GBB Over/Under: Under-rated "What Ifs," a Funeral for a Dream and Tradition-Smadition

Some shout-outs, to start:

S/O to Raleigh McCool for his series on the best/lamest Grizzlies jerseys.  What a throwback to the days of irrelevance and to all that teal.

S/O to the Best of GBB series from last season.  There is some great stuff in there that can wet your appetite for the upcoming season.

S/O to Chip Williams on the new on terrestrial radio version of Grizzly Bear Blues Live.  Loved the show, but I do have one critique...lots of lawyer commercials in the break.  So who exactly is the target audience again??? Small time felons?

S/O to Amazon Prime Instant...which I used to finish up watching The Wire last week.  I know - I'm six years behind.  But I always looked forward to the day when I could plow through the show.  I never even read anything that anyone wrote about it, no spoilers here.  Not the Grantland's Smacketology.  Not Alan Sepiwall's book The Revolution Was Televised.  Not even anytime Jason Whitlock wrote about the show...which means I haven't read Whitlock since 2001.

I was sad to finish it, and that's rare for me.  Even though the last season wasn't great, I still enjoyed almost every minute.  I mean, I knew it was coming, but I was still choked up when Omar caught one.  Frankly, that made me sadder than when the Grizzlies drafted Hasheem Thabeet.

In honor of the Simpsons references last week and the fact that this is Labor Day weekend  (a.k.a. a totally made up holiday that celebrates the American workforce by giving them a three day weekend  -or in the case of most people, a three and a half to four day weekend), I am doing this column the American way... 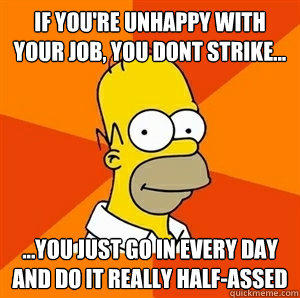 Without further ado, here is half a column...and if you're not satisfied I will personally refund you the money you spent on all this free entertainment.

One that was left off the list, that I felt was important, was: what if the Grizzlies had won the 2007 draft?  This is the all important Oden/Durant draft.  The Memphis Grizzlies had the worst record in the NBA, thus giving them the highest chance at the number-one draft pick.  The Boston Celtics, who were nearly as bad as the Grizz, had the second highest chance of the top pick.

As a matter of fact, to the glee of everyone in the league, Chris Wallace had just been hired as the GM of the Grizzlies after leaving Boston, possibly taking literally the worst job that he could take.

Of course, we all know how this goes.  Portland and Seattle swoop in and grab the two top spots.  Oden is seen as an injury-prone bust (which he is), while Seattle/Oklahoma City get a franchise-changing player in Kevin Durant.

But what if the Grizz win the top spot?  We can debate until the cows come home whether the Wallace lead front office would have drafted Durant over Oden, but I always assume that they would have acted as the Trailblazers did, and draft Oden.  The Grizz are terrible the following season, especially since Oden would miss the season with an injured knee.  The Pau trade still happens, and the Grizz with the league's worst record for the second year in a row, where in 2008 they can draft: 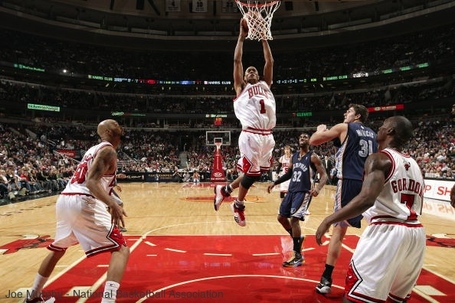 So the Oden thing doesn't work out. He still ends up being a better player than THE BIGGEST NBA DRAFT BUST EVER Hasheem Thabeet (see more below).

Maybe they still draft Kevin Love in 2009??  Maybe they trade Oden before they find out he has paper mache knees as Marc Gasol progresses? Maybe they draft a young shooting guard in 2010, especially one with a beard that barely plays defense??  Maybe none of this happens and the teams gets bought by Larry Ellison and moved to Bakersfield? Who knows.

But it sure can be fun to dream, amiright?

An Irish Funeral for "The Dream"- One of my favorite parts from The Wire was when a police officer of long standing would die, and the entire police force would get together one night before the funeral in an old Irish bar, lay the deceased out on the pool table, drink till they puked, and say nice/nasty things about the man of honor.

Even though he did not die, this week we lost one of the "greats" from the Grizzlies/NBA lore.  This week, the Oklahoma City Thunder traded Hasheem Thabeet to the Philadelphia 76ers for a highly protected second round pick.  Thabeet was consequently waived, thus putting his future in the NBA in jeopardy.

So tonight we are here to honor the man, the legend, the 7'3" stiff...Hasheem Thabeet. 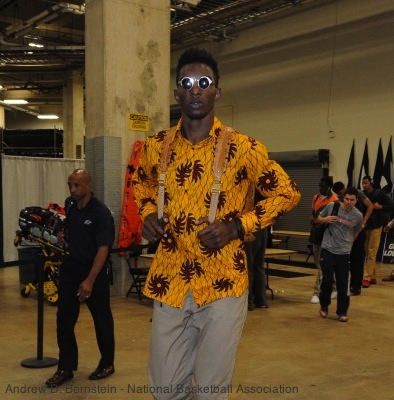 Friends...we come here tonight to celebrate the ever so short NBA career of the man here laid out on two pool tables: Hasheem Thabeet.

Like the Redwoods of old - cut down in his prime.

Hasheem is from Tanzania, Africa.  He had never played basketball before the age of fifteen, never been to the US before visiting the University of Connecticut, and never successfully walking and chewing gum.

The 7'3" center played three years at the UCONN, earning two Big East Defensive Player of the Year awards during his tenure,  But very little of this matters, because the only thing anyone will ever remember is this play:

Anyway, Thabeet declined his senior year of eligibility and declared for the 2010 NBA draft.  After working out with several teams, mostly against a chair...and I would take the chair...Marc Stein wrote that the Grizzlies were the team most interested in Hasheem.  This report causes local raido host Chris Vernon to threaten suicide on the steps of the FedEx Forum if the Grizzlies used the number two pick on Thabeet.   His producer even re-wrote a Michael Jackson song about not drafting Thabeet...and then MJ died.

Hasheem would start thirteen games as a member of the Memphis Grizzlies, averaging about 1.5 points and 2 rebounds a game.  He would also soar to new heights of infamy when the Grizzlies would send him to the D-League during his rookie season, making him the highest drafted player to ever spend time in the minors.

At the trade deadline in 2011, Thabeet, DeMare Carroll  and a future first round draft pick was traded to the Houston Rockets for half a season of Shane Battier and Ish Smith.  Houston would send Thabeet, Jonny Flynn, and a second round pick (who would become Will Barton) to Portland for Marcus Camby's deteriorating corpse.

In 2012, Portland would decline his team option and Hasheem would become a free agent.  He would be signed by the OKC Thunder before being traded to Philadelphia and being cut this week.  Following this trade,  it was reported that the 76ers fired their entire scouting staff (Turns out it was just their head of scouting that took another job).

So...with your career at an end...we just wanted to give a fitting toast to the man...the myth...the bum....the Slawdog Millionare.

LIFE, THE UNIVERSE, AND EVERYTHING ELSE

But all this hubbub means one thing to this writer ladies and gentlemen....

Basketball Season is a mere 56 days away

See ya next week.