GBBanter | Getting to Know the People in Your Grizzlyhood: Chip Williams

They are the people that you read each day....here at Grizzly Bear Blues

Share All sharing options for: GBBanter | Getting to Know the People in Your Grizzlyhood: Chip Williams 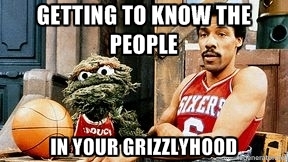 There are a lot of new faces around here, and some veterans as well. We here at Grizzly Bear Blues wanted to allow them to introduce themselves. So without any more fanfare...today’s victim participant: 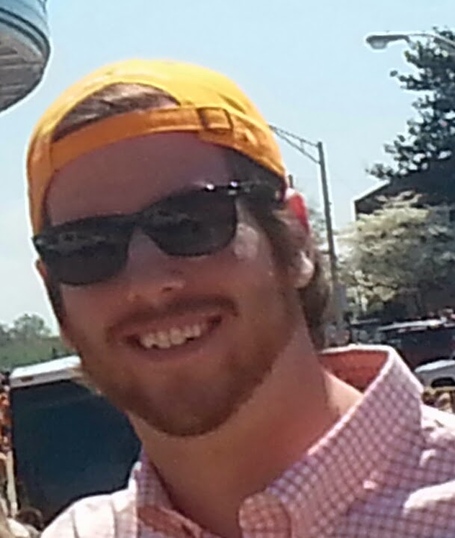 Introduce yourself...Who are you? Where are you?? What do you do???

Well my name is David 'Chip' Williams. I go by Chip because I'm David Jr., and my parents didn't want two Davids running around the house, so I'm a 'chip off the old block.' (At least, that's the reason I was always given. I've never gone by David, and of course the majority of my college professors call me David, so it's taken some getting used to.) I was born and raised in Memphis, TN. I went to PDS and MUS through 9th grade. In the 9th grade, my family moved to a small town called Huntingdon, TN. I finished up high school there, and I came back to Memphis for college. I attend the University of Memphis, and I'm a Journalism major. I serve table at Seasons 52 to pay the bills.

How did you start writing here??

I started my own blog a few months back called the GNG Report on SportsBlogs.com. (Side note: In my Twitter profile I put that I was the 'Lead Blogger' at the GNG Report. I was the lead blogger because, well, I was the only blogger. It made me feel/sound more important, though.) I actually approached Joe Mullinax about writing for Grizzly Bear Blues, and he referred me to Chris Faulkner. Chris told me to type up a guest post, and we'll go from there. (Translation: You nail this, you're in; you screw this up, it's back to being the 'Lead Blogger' at the GNG Report.) Well apparently I did a decent job on it because here I am today as a writer for GBB.

Who are your biggest influences for writing?

As a kid, I read Geoff Calkins' column in the Commercial Appeal on a daily basis, so I guess you could say he got me interested in at least reading about sports. As I got older, I read a bunch of stuff from Wes Rucker and Ryan Callahan over at Go Vols 247. They really made me want to pursue writing seriously. As far as NBA writers go, Chris Herrington, Zach Lowe, Bill Simmons, Lee Jenkins, Tom Ziller, and Matt Moore are some of my favorites. Herrington and Lowe are two guys I really try to imitate in my writing; although, I'm not very good at doing that.

What is the nicest thing someone has said about your writing?

The first ever blog post I wrote for the GNG Report went over really well. The content editor for SportsBlogs.com found me on Twitter and asked my permission to make it a featured article on the homepage of SportsBlogs.com. He said he really liked how it was written, and it moved him emotionally. Honestly, if he had never said those things, I'm not sure if I would have had the drive like I do to continue to pursue writing. His words affirmed what I had thought for a long time that I can write about sports, and it does come pretty naturally to me. So that may not be the nicest, but it was definitely the most motivating and, at the time, the nicest. Chris Vernon told me he liked the GBBanter article I did about him. That was nice.

What is the cruelest?

Luckily I haven't had anyone just totally bash an article I've written yet. I don't mind people disagreeing with what I'm saying or the point I'm trying to make, but the worst criticism somebody could give me is that they didn't like the technicality of my writing. Probably the worst thing anyone's told me was the guest post I did for GBB was about how the Grizzlies would miss Dave Joerger. At the time, it seemed like a foregone conclusion that Joerger was destined for Minnesota. When he decided to remain in Memphis, I commented on my post that I was very happy to have him back, and the points I made in the article backed that up. A commenter said I sounded wishy-washy. I know that's really not that bad, but it's the only thing that comes to mind.

When did you become a Grizzlies Fan???

I became a Grizzlies fan the day they announced they were making the move from Vancouver to Memphis. I was 9 at the time, and I had been a Kings fan. I immediately renounced my Kings fandom (good choice in hindsight) and became a full fledged Memphis Grizzlies fan.

What is your greatest moment as a Grizzlies fan??

This is probably the easiest question to answer thus far. The greatest moment came when the Grizzlies won their first playoff game. I remember having tears of joy stream down my face. We were 0-12 in the playoffs prior to that glorious moment. I had been in the Pyramid for all 6 of their previous playoff losses. Memphis was a city that was often looked upon with disdain much like the Grizzlies were a franchise that was considered one of the worst in the NBA. Memphis, as a city, has grown and improved so much over the last 5-6 years, if only in terms of public perception. The Grizzlies are now considered one of the elite, perennial Western Conference contenders year in and year out. That first playoff win seemed to coincide with the rise of the city of Memphis. Seemingly both the team and city turned a corner that day.

This one was tough. Not because there are so many low moments, but because I generally have selective memory (just ask my girlfriend), and I try to forget many of the bad moments in Grizzlies' history. If I had to pick one, it would probably be when the Grizzlies got the 4th pick in the 2007. That was the year of the Greg Oden and Kevin Durant draft. The Grizzlies had the worst record in the league (22-60), and they were in desperate need of a young star to pair with Rudy Gay. The worst pick a team with the worst record could receive was the 4th pick. Well, the Grizzlies defied all odds and managed to get the 4th pick. That meant no Oden, no Durant. I remember thinking to myself that this couldn't get any worse. We missed out on two guys who were seemingly guys you could build your entire franchise around.

Who is your favorite Grizzlies player of all time??

This was kind of difficult too, but I like to be unique and different sometimes, so my favorite Grizzlies player of all time is Juan Carlos Navarro. Anyone that follows me on Twitter knows that JC Navarro aka La Bomba is my avatar. I thought he was a one of a kind Grizzly. We never had anything before and haven't had anything after that came close to La Bomba. He always came out on the court firing away from deep. He was a burst of energy and offense, and I still wish we could have kept him around longer.

I was about to ask if that was who your avatar was…What’s your favorite piece of Grizzlies swag?

I have a Jason Williams game-worn jersey which he signed. I was always a White Chocolate fan. He was so much fun to watch. (You ain't writin' nothin' homeboy!)

What’s your favorite sport besides basketball?

Probably football. I was always a better football player than I was basketball. (I'm approximately 6'4" 280lbs.) I love the Tennessee Vols and the Indianapolis Colts, but I root for the Memphis Tigers, too. My third favorite is easily soccer. I'm a fan of Chelsea and a freelance fan of Barcelona. (Watching Messi was the reason I got into soccer, but La Liga, for the most part, is really bad. It's hard to root for Barca because outside of Athetico Madrid and Real Madrid there aren't too many competitive matches, so I adopted Chelsea as my favorite Premier League team.)

Entry music if you were a professional wrestler

Everyone has a level of nerd...something that you like or know waaaaay too much about...what’s yours?

Honestly, the NBA Draft. I study up intensely on it. I was never really into like Pokemon or Dragon Ball Z or anything like that. Sports has pretty much been my entire life, and I take it to a 100% nerd level.

Settle a bet between me and my wife...Sam Cooke or Otis Redding?

Otis Redding and it's not that close.

Name something you like that everyone else will think is strange...and you don’t care

Chorizo sausage. I think it's the most underrated meat there is.

Finally, give me three statements about you...in any order...two that are true and one that is a lie...

1. I think Myrtle Beach, SC is way better than any Florida beach

2. I was recruited by Larry Porter to play offensive line at Memphis

3. I have an irrational love for roller-coasters/amusement parks

Thanks Chip.  You can check out his writing here at Grizzly Bear Blues, and especially check out his open letter about complacency Also, you can follow him on Twitter @chipwilliamsjr.  And when you're at the grocery store this weekend, pick up some chorizo.