The Rise of Mike Conley to Captain Clutch

The shrinking violet is no more.

Share All sharing options for: The Rise of Mike Conley to Captain Clutch

The State Farm National Bureau of Assists is an All-Star team. Whether you're on the east or the west, the agents are here to assist on StateFarm.com.

The brilliance of Mike Conley is the story of a flower whose blossom continues to grow. Although he earned the nickname "Money Mike" long before his NBA career got started, it took a few years for Conley to develop the confidence he needed to make the clutch translation into the big league. 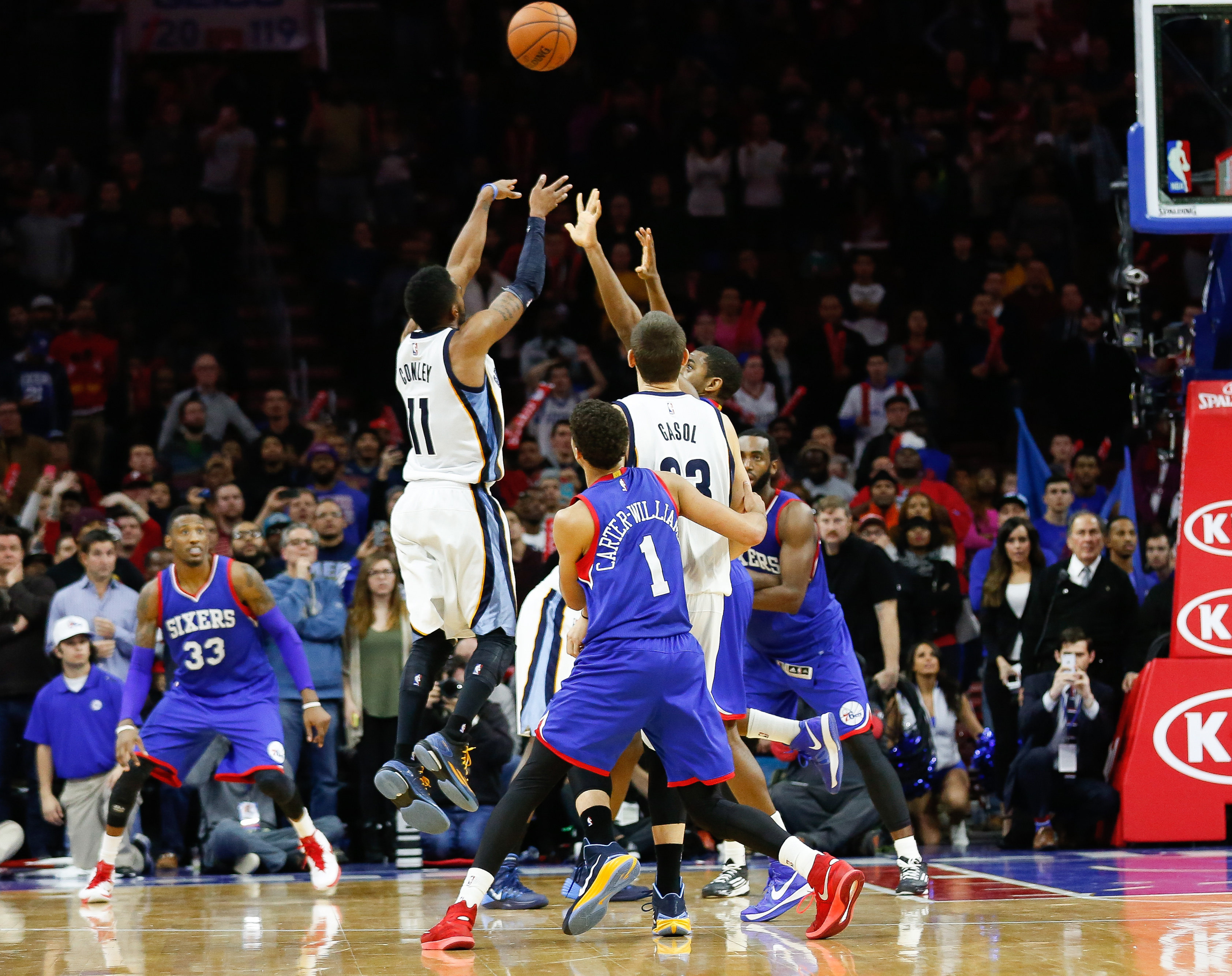 It makes sense when you look at Mike's personality and how he entered the league. He's been surrounded by immense talent since his high school days when he played AAU ball alongside Greg Oden, Daquean Cook, Eric Gordon, and Josh McRoberts, and continued playing with high level talent through his season at Ohio State. Not to say his clutch gene wasn't active in his younger years (obviously it was prevalent enough to earn him the nickname), but it's easy to digest the idea that Conley wasn't always required to take the big shots under the circumstances of his early basketball career.

Add in the platform of the 2007-08 Memphis Grizzlies and it's even easier to see why it took Mike a while live up to his moniker. He came into the NBA playing for a team that was in shambles and had no identity. Even as Conley developed his physique for the NBA game, he spent years combatting the idea that the Grizzlies wanted to replace him after drafting him with the 4th overall pick in '07. Former Grizzlies head coach Lionel Hollins knew there was something special in Mike that needed to be brought to the surface, but the early years of that mentorship were a slow and painful baptism by fire. It wasn't until the franchise put full faith in Mike that he was able to again don the cap of Money Mike, manifested through a large contract extension at which many around the NBA and Memphis landscape scoffed, and catalyzed by the blockbuster trade that sent Rudy Gay out of Memphis.

After we lost Rudy, it was tough. We didn't know who was going to be that guy down the stretch. I've kind of had to assume that role, grow into it and live and learn from it. Sometimes I make shots, sometimes I don't. I'm kind of getting used to it.

Since that vote of confidence, we've seen immense growth in the clutch abilities of the former "shrinking violet". Take a look at the trend of Conley's clutch stats since 2011.

(Clutch = stats in the last 5 minutes of games decided by 5 or fewer points.)

Mike Conley has gone from sometimes not even taking a shot in the last 5 minutes of close games in 2011 to averaging over two shots in those same games this season for the Grizzlies. Not only is he unafraid to take the shots, he's now making them almost half the time -- a percentage that ranks up there with the very best players in the league. It's no coincidence that the success of Memphis aligns with the growth of Conley; he's been a huge part of the transformation of a franchise that was previously known for choking away close games and now has one of the most feared late-game reputations in the NBA.

Whether it's dropping in a right-handed floater in the lane or splashing one in from long range, the cool hand of Mike Conley has shown up in some of the biggest moments of the 2014-15 season, and he'll need to continue to thrive in his clutch role to take Memphis to the promised land of NBA titles.