Tony Allen When You Need Him

You could write an entire Tony Allen encyclopedia series. I did my best to do him justice in one article.

Share All sharing options for: Tony Allen When You Need Him

Nicknames have a tendency to become cliche over time. Players become synonymous with their nicknames, and they tend to last a lifetime (except for Dwayne Wade; 'Flash' has died a swift, miss-the-last-stair-step-and-fall-flat-on-your-face death. Oh, and Dwight Howard's Superman...I don't think Superman had habitual back and knee problems). Think about it. Allen Iverson is The Answer, Julius Erving is Dr. J, Darrell Dawkins is Chocolate Thunder (super underrated nickname), Lebron is King James, Shawn Marion is The Matrix, Kobe is The Black Mamba, Larry Bird is Larry Legend, and Earvin Johnson is Magic. These nicknames are how we identify with these players, whether it be through their on-court play or off-court personality.

But is there a more appropriate nickname for a player than Tony Allen's Trick or Treat? We've all seen it. It goes something like this: Tony leaks out into the backcourt on a fast break, misses a one-on-zero breakaway layup, the opposing team rebounds, Tony claps his hands and shakes his head in frustration, Tony proceeds to sprint back on defense doing the MJ tongue-stuck-out-of-the-side-of-his-mouth, and then - like only Tony freaking Allen can do - he literally walks up to the man with the ball and takes it from him, creating an extra possession for his team.

There are multiple variations of this story, but they all have a common theme: Tony messes up, then Tony makes up for it. And he usually makes up for it in a way that exceedingly trumps his prior blunder.

Then there are the Tony Allen antics. These are lots of fun - like his change-of-possession dance, which is only broken out in its most animated state (as in the Vine below) on very rare, but deserving, occasions. I mean, nobody in today's NBA takes more pride in playing defense than Tony Allen. But he also takes pride in being the emotional jolt of energy that every team (and sometimes fanbase) needs from time-to-time. When these two forces combine and the opponents turn the ball over as a direct result of something Tony Allen did defensively, this is what we get:

Yeesh. I got lightheaded - you know, like the kind of lightheaded you get when you strain way too hard and you see stars and need to sit down for a minute - just watching that.

And then there's Tony's post-game interview bathrobe. This started just this season, and I think it started completely on accident, although there's honestly no telling. Basically, Tony accidentally (or purposefully?) wore a bathrobe in one of his post-game locker room interviews, and Grizzlies fans went completely nuts over it because, well, it's Tony Allen in a bathrobe on TV talking about a basketball game. 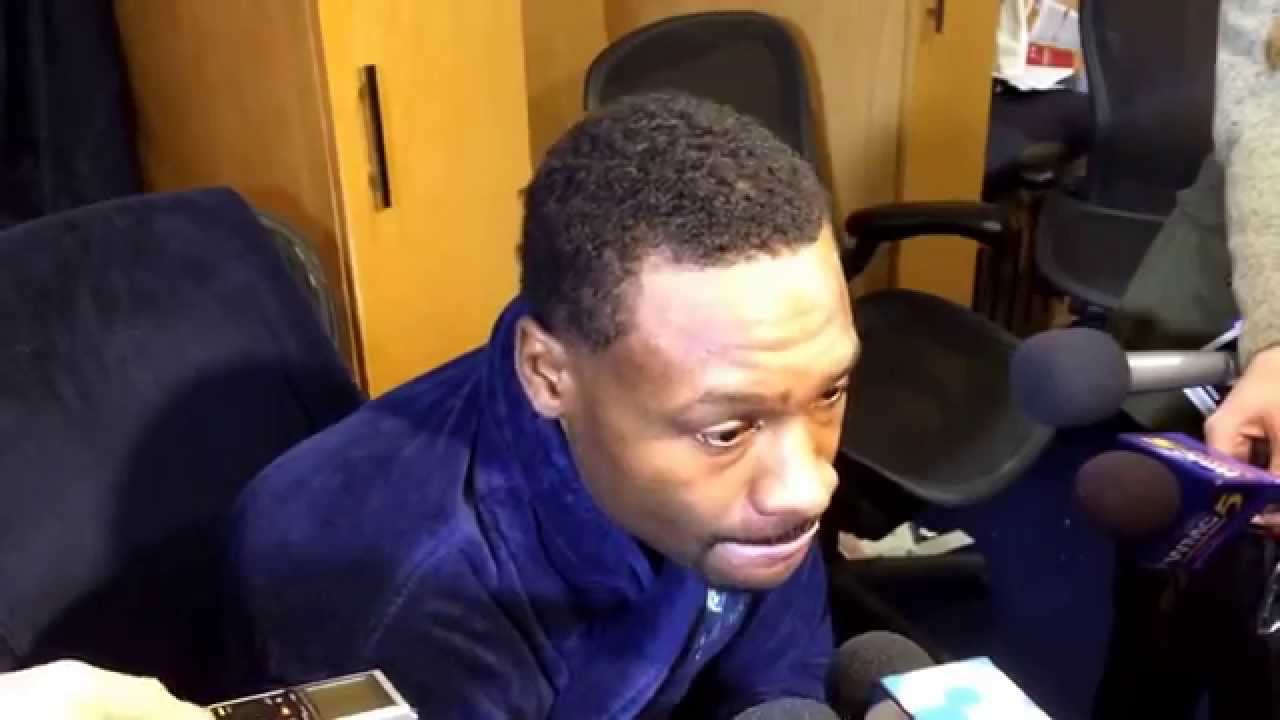 The bathrobe has now become a permanent fixture in all post-game TA interviews. Is there a more Tony Allen thing than that?

And if you don't follow this guy on Twitter then you're totally and completely doing Twitter all wrong. It's kind of like this:  Ever been out really, really late one night and had way too much to drink and then all of the sudden you somehow rationalize in your head that it is a good idea to start tweeting or texting? I know you have. I presume most have been there. And then you wake up the next day and scroll through your tweets or your texts and think, "Oh my gosh. What have I done?" After you get over the initial shock, it's actually kind of funny. Well, Tony Allen tweets like this all of the time and it is super entertaining. The difference? To my knowledge, Tony Allen is completely sober when doing this. Check out some of these:

If I had my way I would change the letters in the alphabet 2 put " u and i,2gether!happy v day/ I'm telln u. Fellas!! Don't be dry wit -it

Yo they got my feet in a sandwich bag full o f hot lotion! But wait mis lady turn this elevator music off and let me play this ipad!! C00l

S/o 2 the dude  At cracker barrel : who keep calling me lebron! Smh,, paint ur face dude !! Like really!! Thas so not whas up!!

Sorry kids its a lockout no candy!! Got a chicken and beef,::: Ramen noodles

Oh, yeah, there are also some pretty awesome Tony Allen soundbites, too. Most notably, the one that inspired the Memphis Grizzlies we know today:

Tony has spent the vast majority of his time in Memphis in the starting lineup - starting in 72 percent of the games in which he's played, but each of the last two seasons, the Grizzlies have traded for a player that has bumped Tony out of the starting lineup. Last season it was Courtney Lee and this season it's been Jeff Green. Last season, Tony seemed unhappy, to some, in his role coming off the bench. And there was concern when Tony was relegated back to the bench this season after Green was acquired that Tony may become disgruntled.

And those naysayers appeared to have been right when, on March 3rd, Tony Allen was suspended for a home game against the Utah Jazz. The Memphis media was out in full force claiming that Tony was unhappy with his role coming off the bench and this was him acting in protest of the move.

And you know what, they may have been right, but what I do know is this: Since that game, Tony Allen has played in eight games (did not play the Wizards game on the 12th due to rest). The team has a 5-3 record in the games he's played, despite going 5-5 in their last 10 dating back to the suspension. And Tony has averaged 11.6 points, 5.6 rebounds, and 2.6 steals per game while shooting 56.9 percent from the field, all while coming off the bench. I mean, he's been out-of-his-mind good on both ends of the floor.

This all ties back into the Trick or Treat nickname. Does Tony Allen make mistakes? Absolutely. And, honestly, they're sometimes very visible and glaring mistakes (i.e., a missed wide open layup, or getting himself suspended). But does he make up for it and then some? Yeah, he does. He makes winning plays when you need them. He defends the opposing team's best perimeter scorer when you need him. to Just when it seems like the Grizzlies are playing four-on-five offensively, boom, there's Tony Allen when you need him with a baseline or backdoor cut for an easy bucket. He gives everything he has at all times.

This happened recently in a game against the Nuggets. The Grizzlies were up nine with roughly 10 seconds to go. Marc Gasol steals a pass and then tips it to Tony Allen. Now, all Tony has to do is to get across half court and dribble out the clock, and the Grizzlies will win the game. But Tony, who just knows how to give 1000% effort at all times, had a different idea.