Memphis: Home of the Shooting Blues

The Grizzlies have struggled with outside shooting for what seems like an eternity. They've acquired players who were supposed to help their plight, but instead the Grizzlies are in the same funk they were two years ago when they made the Western Conference Finals. Ultimately, is the problem personnel, or is it the Grizzlies' system?

Share All sharing options for: Memphis: Home of the Shooting Blues

Memphis is known for its barbecue, the blues, Graceland, and many other things—but should it also be known as the place where shooters come to die?

As depressing as that may seem, it does have some truth. The Memphis Grizzlies have experienced an extreme drought of shooting the past few years, especially during the playoffs. Teams like the San Antonio Spurs and Golden State Warriors figured out how to exploit Memphis' weakness during the playoffs by packing it in on the Grizzlies' big men, Marc Gasol and Zach Randolph, and forcing the Grizzlies' outside players to shoot. 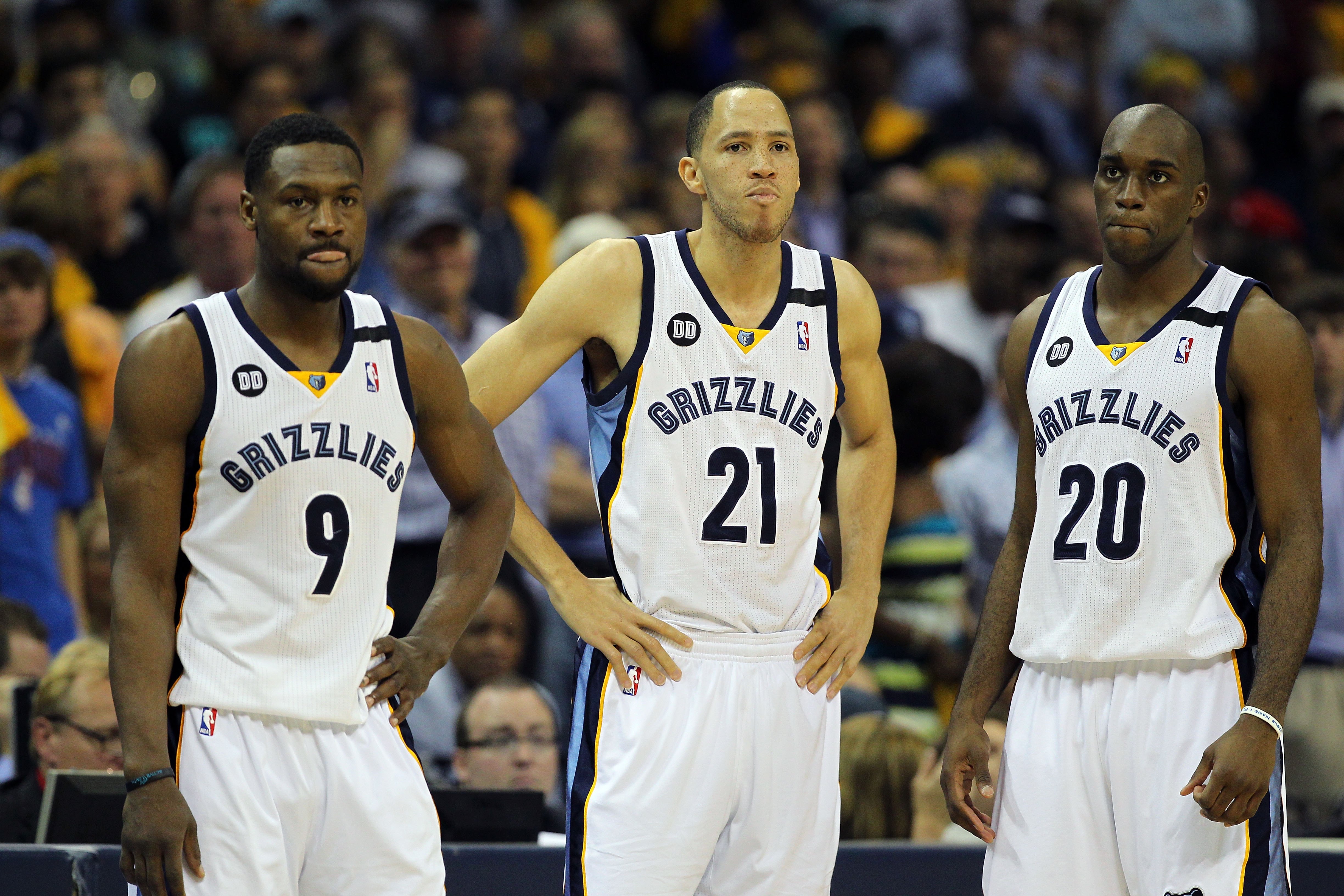 The problem is, Memphis' guards have been unable to make other teams pay for double teaming Memphis' post players. The wear and tear on Memphis' big men often takes its toll as they're forced to carry the team, and by the time the playoffs arrive, the Grizzlies' shooting troubles are always exposed. Memphis has brought in players via free agency or trade in hopes of solving the team's offensive woes, particularly in the playoffs. Examples include Vince Carter, Quincy Pondexter, and Jeff Green.

Unfortunately, these players did nothing to help the Grizz in the playoffs or during the regular season. Memphis has triedand failed many times to gain a shooter that could spread the floor. Mike Miller was able to provide some relief during the latter part of the  2013-14 season and postseason, but he left for the Cleveland Cavaliers the next offseason and honestly didn't shoot the ball enough during games to become an important X factor.

In the meantime, Memphis has rolled with Tony Allen and Courtney Lee as their two starting guards beside Mike Conley. Allen is brilliant defensively but cannot provide any spacing on the offensive end, while Lee's shooting during games was either hot or cold... and he was oftentimes cold, much to the chagrin of Grizzlies fans. In addition, Lee proved to be passive and frequently failed to shoot the ball as much as many would like.

Here are the facts about the Grizzlies' shooting issues:

Now that we've waded through the stats, we now comes the question of "Why have the Grizzlies been so 'cursed' when it comes to shooting?"

Let's take a look at the Grizzlies' personnel. Perhaps that's the problem. However, the Grizzlies have gained "shooters" via trade or free agency. These "shooters" were supposed to solve all of the Grizzlies' offensive problems. Yet, as the season wore on and the playoffs arrived, these players failed to deliver, and Memphis found itself in the same place again and again.

National writers have often said the redundant phrase, "The Grizzlies need shooters." But didn't the Grizzlies acquire Vince Carter? Jeff Green? Courtney Lee? Quincy Pondexter? Yet, none of of these players solved Memphis' conundrum. It seemed, when they arrived in Memphis, their shooting percentages went down, rather than increased or just remained steady. 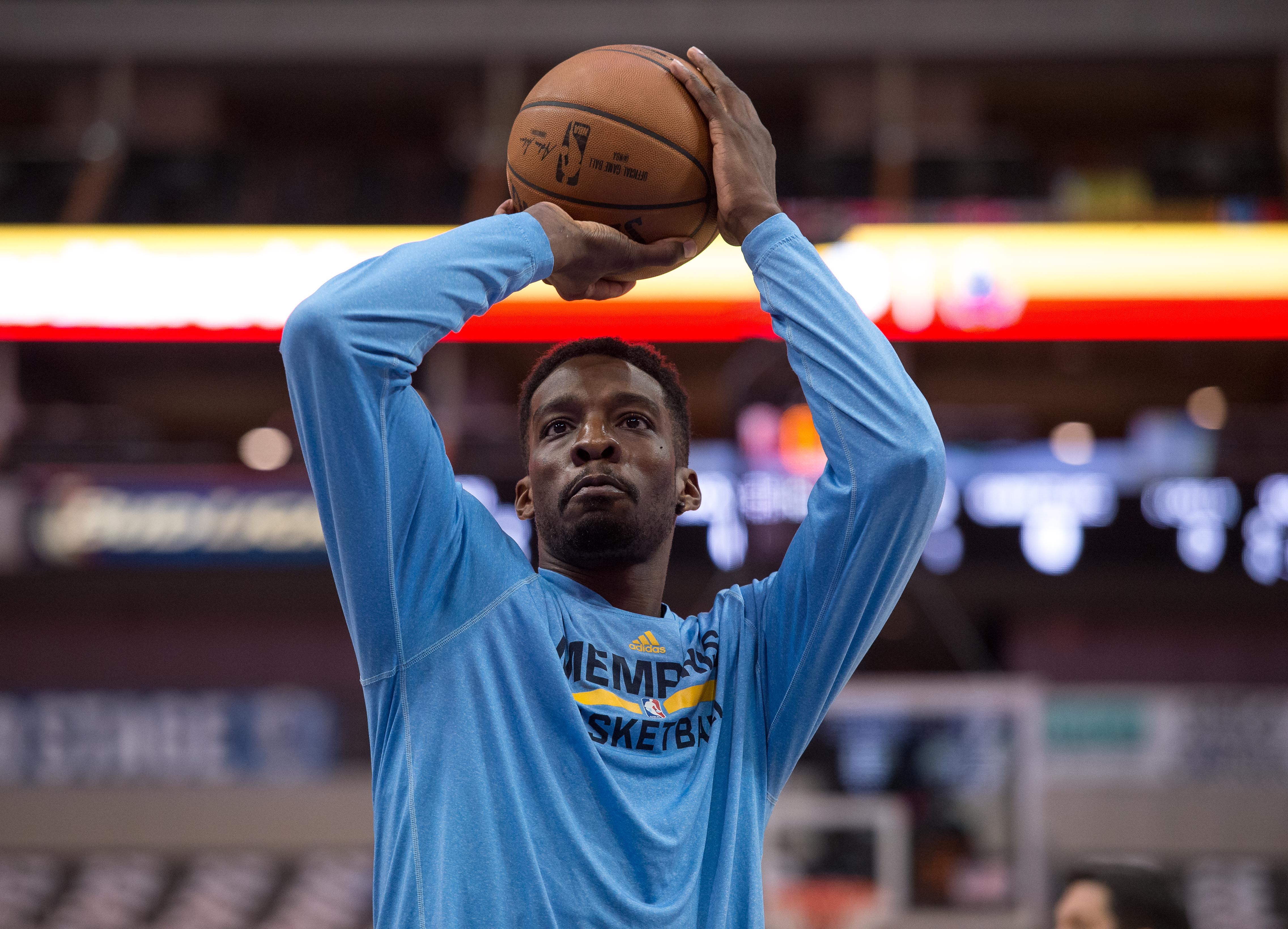 These are just a few examples of players the Grizzlies have obtained that have failed to solve their shooting woes. Courtney Lee, while he had streaks of shooting brilliance this past season, proved to be too inconsistent and timid to be depended on for points regularly. So why have players come to Memphis and become less efficient? Perhaps the Grizzlies' system of hardcore defense and slow, half court offense wears them down too much or gets them out of a natural shooting rhythm.

Sometimes, when watching the Grizzlies throughout the course of multiple seasons and during their playoff runs, it seemed painfully obvious that everyone had a dependable shooter... except the Memphis. I've watched numerous shooters, such as Wesley Matthews and Isaiah Thomas, have the night of their lives against the Grizz.

It seemed that the Grizzlies were the victims of these shooters' incredible nights. During the postseason, I've watched the Warriors knock down countless threes. At a certain point, it's almost sickening to think how the Grizzlies' seem so far behind other teams in terms of three-point shooting. And though Grit n' Grind basketball has had a ton of success, the Grizzlies have been unable to get over "the hump." The obstacle that stands in their way? Shooting, of course.

What does this lead to?

...Space for the Grizzlies' wings to shoot.

I mean, oftentimes, Memphis' guards are left with no one near them. Courtney Lee, Beno Udrih, Mike Conley, and others usually have plenty of space to operate when they pass the ball to Z-Bo or Marc Gasol. Gasol or Randolph can pass the ball right back out to one of the guards, and they'll more than likely have a wide open shot. The defenders respect Randolph and Gasol, but there hasn't been any respect for the Grizzlies' wings for years.

Need I remind you of the Western Conference Finals against the San Antonio Spurs? That series completely exposed the Grizzlies' offensive problems. The Spurs' defensive scheme was simple enough: they packed the paint and forced Memphis to shoot, and the wing combination of Tayshaun Prince and Tony Allen was unable to deliver.

The Grizzlies' system of inside-out ball is extremely effective, but when Memphis has to face high-octane offensive teams like the Warriors, the Grizz are sometimes unable to compete with their opponent's three-point shooting. This weakness can make the difference in many games, including those in the playoffs. If Marc Gasol does resign with the Grizzlies this summer with hopes of winning a championship, Memphis will need to make some moves, perhaps in the draft, via trade, or through free agency, to acquire a better shooter who is able to knock down open shots.

Memphis doesn't need to turn into a jump shooting team. They just need a couple of players to be able to shoot threes and jumpers at an average rate. Mike Conley can help with this, but his health needs to be sustained. Clearly, Memphis has been at the bottom of the barrel of shooting for years, and it appears the problem is a mixture of personnel and the Grizzlies' system, as it's obvious that the shots for the Grizzlies' wings are clearly available—they just need to cash in on them. And as much as we might love players like Courtney Lee and Vince Carter, the Grizzlies may need to find a way to deal them to acquire more consistent shooters.

However, the Grizzlies don't need to change who they are. They just need to become more of a threat from the outside. If they don't make some changes offensively, their lack of shooting might keep the Core 4 from achieving the ultimate goal of winning a championship.