Marc made good on that promise.

It's something that Grizzlies fans have begged and pleaded for Marc Gasol to do for years. Everyone knows he's capable of doing it. I mean, all you have to do is watch the guy shoot one 17-foot jumper with ease or quickly spin baseline and drop in a 5-foot floater. Or, my personal favorite, just watch him wheel in a Kareem Abdul-Jabbar-esque sky hook that even Manute Bol doesn't have the slightest chance of getting a finger tip on.

It's never been a question of skill with Marc. The guy is arguably the most skilled center in the league. Now, admittedly, he's not the most athletic, but even in a game that is becoming increasingly more about athleticism, Marc Gasol is able to dominate defenders on a nightly basis using his basketball IQ and world-class footwork. 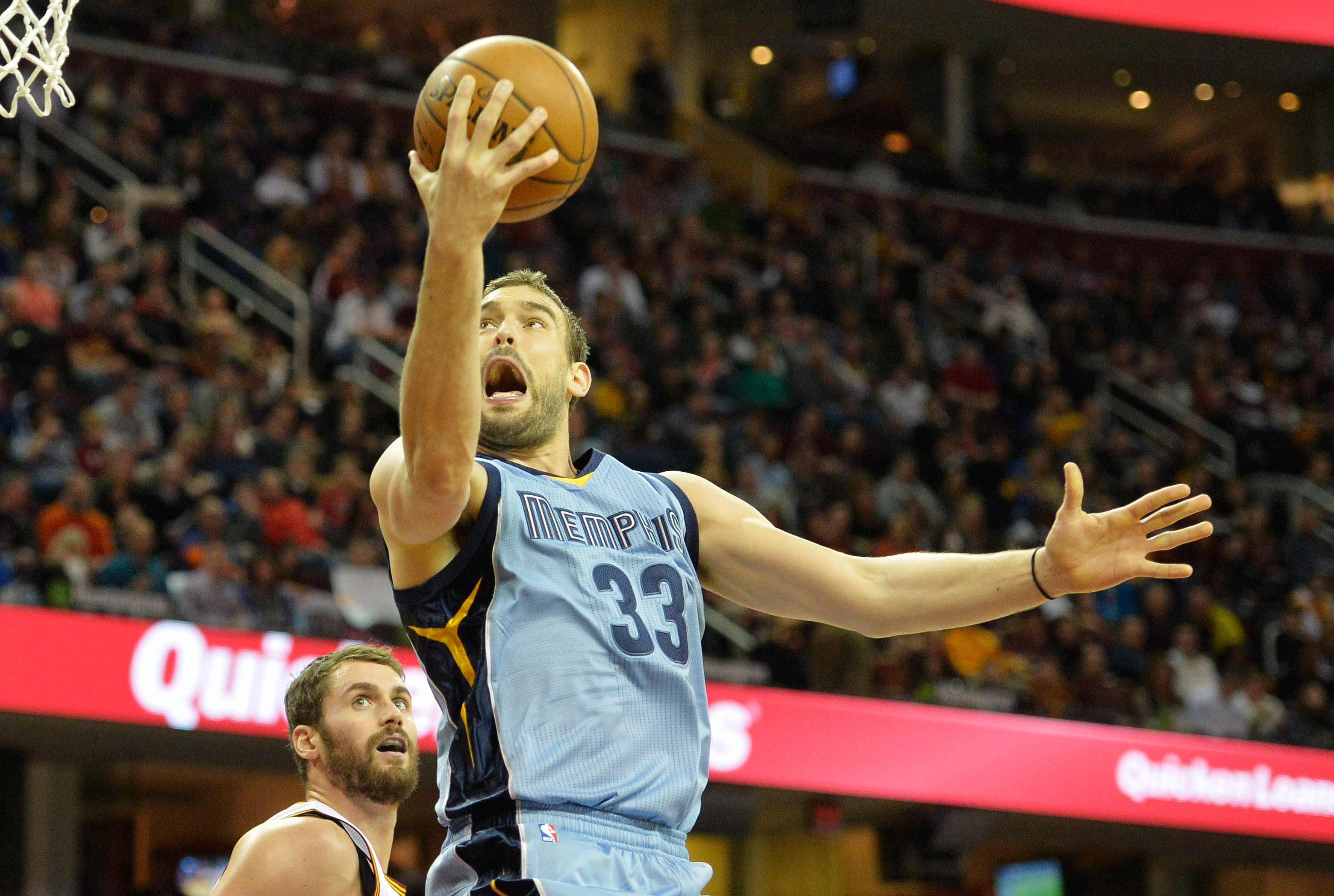 And we all know that he is the former Defensive Player of the Year - an award that used to just go to the guy who averaged an insane amount of blocks or steals. But the award has evolved. The national media has now begun to award the DPOY to guys who do the little things that might not show up on the average box score, and this is why Marc won the award and is considered by many to be one of if not the best defensive big men in the league.

Just watch Marc Gasol leave his man at the precisely perfect moment to provide help defense. Or watch him hedge out on a pick-and-roll, not allowing the ball-handler to turn the corner towards the basket. Or see how he bumps a cutter as he tries to knife through the lane, throwing off his path and disrupting the flow of the offense. These subtleties are basketball's equivalent of a brushstroke from Claude Monet - beautiful.

Marc has been wrecking high powered NBA offenses for seven seasons now, but we always wanted something more. We wanted Marc to turn into the two-way superstar the Grizzlies have so desperately searched for ever since the franchised moved to Memphis 2001.

And this past season, we got as close as we've seen to a superstar wearing blue in Memphis since Derrick Rose was in college.

"I'll be more aggressive," Gasol said to NBA.com in the preseason.

"If me averaging 22 points would mean the Grizzlies would make it all the way to the final game, I would shoot every time I touched the ball," he said in the same interview.

And Marc made good on that promise.

It was mildly surprising to go back and take a look at how much more aggressive Marc was during the 2014-2015 season compared to his previous six.

Marc shot 18.6 times per game if you add together his field goal and free throw attempts. His previous high was 16.3 total attempts per game, and he has a career average of just 15.0.

Marc averaged 17.4 points per game this year. His previous high was 14.6, which he accomplished in three separate seasons, and his career point-per-game average is 14.1.

The per game averages do not fully do justice to Marc's offensive assertion this season, so take a look at these season total spikes.

Additionally, Marc had a career high usage percentage of 24.6 - or, in other words, Marc was the focal point of nearly a quarter of the Grizzlies total offensive possessions. And he posted a career high PER of 21.7.

If you think about it, increasing your efficiency while also having your usage increase is astonishingly impressive.

But enough will all of the nerdy number stuff. If you watched the games this season, you could tell it was a different Marc Gasol than we had ever seen before.

He set the tone for what the season would look like when, on opening night, he went for a career-high 32 points against Minnesota. Marc would go on score 30 or more five times this season, which doesn't sound like a big number, but when you consider he only scored 30 or more one time in his first six seasons, you gain some context.

Marc was an All-Star for the second time in his career, and he was the first ever Memphis Grizzly to be named First-Team All-NBA.

The timing of all of this could not have worked out better for Marc Gasol. It just so happens that he's a free agent this off-season, and one would have to anticipate that he's going to cash in big time, as in #MaxDealMarc.

With Marc's impending free agency looming, the discussion began last off-season whether Marc Gasol was a max-contract player, and when poised with this question, I always responded with a question: What's the alternative?

Well, I'll tell you. To put it bluntly, you rebuild. That's the alternative. You either give Marc the max, or you watch him walk in free agency to some team that will offer him the max. And you rebuild.

I don't think there's any debate now as to whether Marc Gasol is worth a max contract. (ed. note: but then Joe Mullinax picks up his keyboard - CF) He and Mike Conley, who will be a free agent in 2016, are the cornerstones of the Memphis Grizzlies, and the franchise has to, and with almost no uncertainty will do, anything to keep both of them in Memphis.

But a tip of the cap to you, Mr. Gasol. You gave the people what they wanted (which is often a dangerous proposition), and you became a two-way star in the NBA. Thanks for a great 2014-2015 season, and we all look forward to many more years of gritting and grinding with you leading the way.