The Generation of Grit N' Grind

The Memphis Grizzlies have made an obvious impact on this city in many ways. In particular, they've created a passionate young fan base. Let's explore how the Grizzlies have won the hearts of my generation.

Share All sharing options for: The Generation of Grit N' Grind

When the Vancouver Grizzlies moved to Memphis in 2001, I was three years old.

I am part of the generation that watched the Grizzlies relocate to Memphis, play in the Pyramid, move to the FedEx Forum, endure many terrible seasons, and finally grow into a playoff caliber team.

No Trade? No Problem. Grizz can still contend.

Many in Grizz Nation hope to see one more move made before the season begins for the Memphis Grizzlies. While these tires will (and should) be kicked heading in to the season and beyond, it will not be the end of the world if a move does not occur.

Did Grizzlies have better off-season than Spurs?

By one (admittedly crude) measure, it looks like Memphis is Golden State's new rival.

No Trade? No Problem. Grizz can still contend. Did Grizzlies have better off-season than Spurs?

Now, I look around the city every day and spot Memphis Grizzlies apparel worn at Walgreens, at Kroger, at local wing joints, and various other locations around the city. And I do not just see mass-produced t-shirts. I see locally made t-shirts with phrases like "All Heart, Grit, Grind" plastered on them. Particularly during the playoffs, people will stop each other at stores and talk about the Grizzlies. This subject brings strangers together at random places to talk about something they love.

About seven years ago, this wasn't the case. There was a drought. For four seasons, the Grizzlies didn't make the playoffs. Young people were not as interested in the local team at that time. After all, the team hadn't even resided in Memphis for a decade. The Grizz had only made three shallow playoff appearances, all of which resulted in 0-4 sweeps in the first round. The Memphis Grizzlies needed to do something to encourage the younger generation to become loyal, passionate, and excited about their NBA team. And boy, did they grab my generation's attention. They made a huge leap during the 2009-10 season despite missing the postseason and then proceeded to make the playoffs for five straight years after that. Partially as a result of this success, the fan base has grown drastically and rapidly. Now, they've won the hearts of the young people. Tony Allen, Mike Conley, Marc Gasol, and Zach Randolph have all become local icons and role models for my generation. People my age are taking their high school prom pictures with growl towels. They're painting murals of Marc Gasol on the streets. They're wearing the Grizzlies t-shirts and going to the games regularly as an exciting social activity. Now, the playoffs have become an annual event around Memphis. Everyone looks forward to it with anticipation, and tickets are the hottest thing going come mid-April. It feels, to some like myself, the Grizzlies have always been a winning team. After all, the last time the Grizzlies didn't make the playoffs, I was only about eleven years old. To me, that does feel like a long time ago. The Grit n' Grind era of the Grizzlies has brought a winning culture to Memphis, and I'm clinging to it tightly. The feeling of being a "losing" team feels distant and faint, when that was a reality only a handful of years ago.

I'm fortunate to be part of the generation that has watched the Grizzlies franchise move to Memphis and grow into what it is today, which is a prominent symbol for a group of young, spirited people. The young people of Memphis have always loved basketball, but the Grizzlies have shown my generation a different side of it. This side includes the NBA playoffs, the pain of losing a playoffs series, and the joy of winning one.

I now see heart-shaped Grizzly yard decorations strewn around the city. Proudly, Growl Towels are now hung on doors and windows, and billboards that read "Believe Memphis" are scattered throughout the different areas in Memphis. Young people are decorating their cars with Growl Towels and Grizzly car decals as well. The Memphis Grizzlies have brought this city together, and they've created a generation that loves NBA basketball. The Memphis Tigers have always been an important part of our society, but as they've gone through a rough patch as of late, the Grizzlies have been a beacon of hope and excitement to my generation. 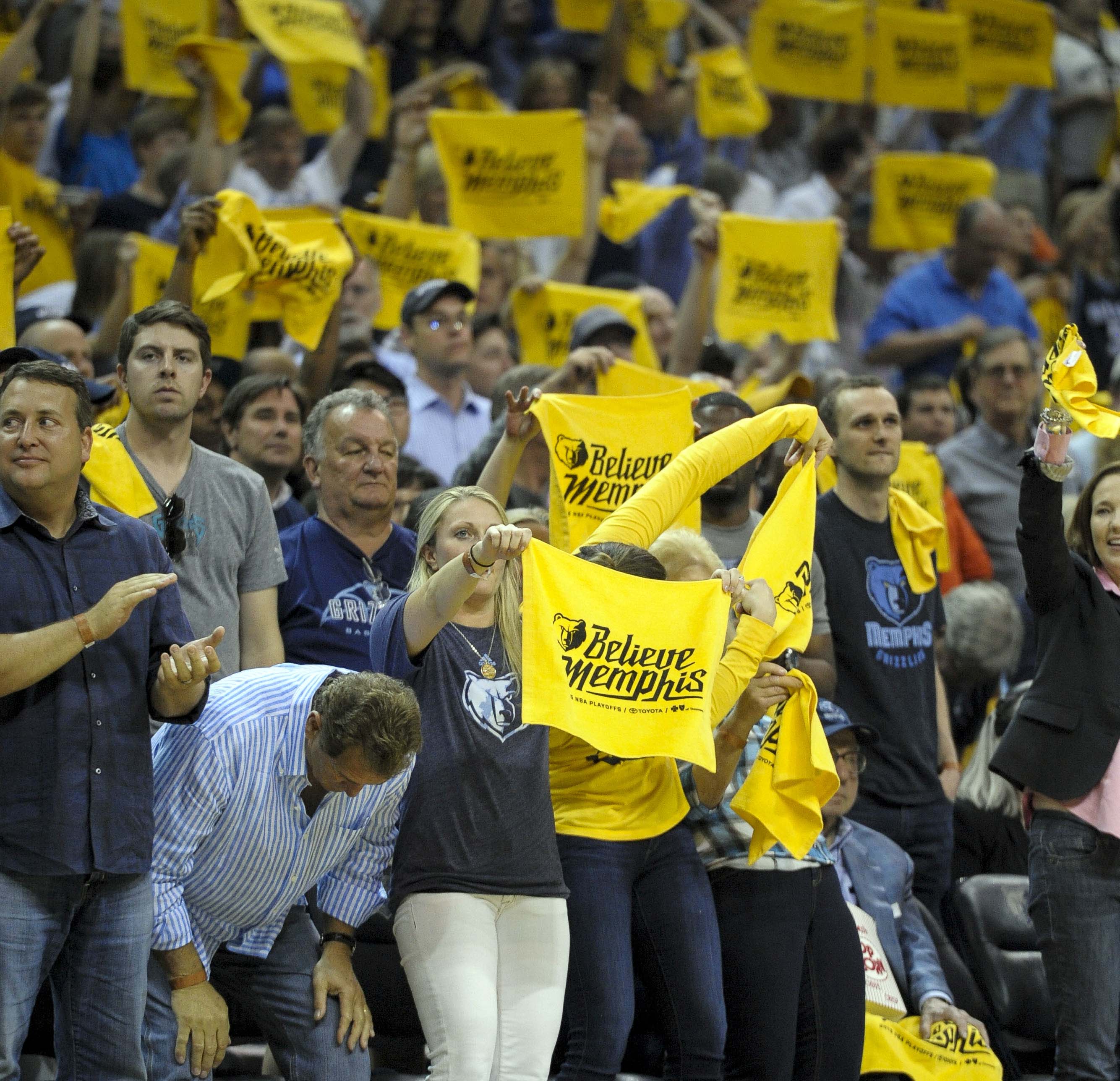 The Grizzlies have created a winning culture, and I'm lucky enough to grow up with it. Young people like myself are part of this exciting generation. We'll tell the next generation about the Grit n' Grind era. We'll tell them about Tony Allen's antics, Mike Conley's clutch moments, the rivalry with the Clippers, the historic 2011 playoff run, and how much we all loved the players. But these guys aren't just players to our city. They help paint basketball courts, they hand out Thanksgiving meals, they visit kids at St. Jude, and they walk around the city as Memphians. Marc Gasol practically grew up here, so he has particularly tight ties to Memphis. Some cities love their team but don't have a genuine love for the players. In Memphis, the players are a part of the town. And this really rings true to young people like myself. The players have made an intensive effort to connect with the younger community by visiting children at hospitals and participating in the annual holiday toy drive.

And as a part of this important generation, I want to remind everyone, especially those from my generation, to cherish these times. No, the Grizzlies have not won a championship yet. They may or may not with this current group. But one thing is for sure: this group of players has instilled a love for the Memphis Grizzlies in this city, particularly in the young people of Memphis.

Now, the next generation is growing up with this winning Grizzlies team. Those who are younger than me are already wearing Grizzlies gear and watching the games. Our passion is rubbing off on others, and this, therefore, creates an inspirational chain effect.

So thank you, Memphis Grizzlies, for encouraging and creating a passionate young fan base who follows the team loyally. Thank you for showing me and others how a team can impact a city and a culture. Thank you for helping young people like myself discover a love for basketball and a team. Cling to this time tightly, Grizz Nation. It may not last forever. But the ride hasn't stopped yet, so enjoy every moment of it.