He arrived in Memphis as a boy. It is now time for him to be "the man" for the Memphis Grizzlies

Share All sharing options for: Mike Conley's Moment Has Arrived

There is something to be said for rising to the moment.

We all have those points in our lives where we know that we have to step up. It can be small- one more minute on the treadmill, one more rep, one more lap. It can be big- a presentation to a boardroom, a deadline on a particular assignment. That feeling of accomplishment makes it all worth it, and whether we succeed or fail we know that the moment brought out the best in us. You learn from the failure or advance through the success, preparing for that next moment.

For Mike Conley, his greatest professional moment has arrived.

He is coming off of a season in which he battled injury, especially in the postseason, and showed true grit when facing seemingly insurmountable odds. He had numerous ailments, not the least of which being a broken face, but returned in Game 2 of the Western Conference Semis and put on a performance for the ages.

The leadership and toughness he displayed will no doubt echo in the annals of" Grizztory" for years to come.

His Summer has been busy, not just focusing of recovery but also traveling to China, headlining the start of NBA Nation's 2015 tour in Beijng. He also was added to USA Basketball's 34-man roster for their mini-camp that begins today in Las Vegas and concludes with a scrimmage including arguably 34 of the best basketball talents the United States has to offer. Mike Conley of the Memphis Grizzlies is a part of that list.

Not a bad climb for a guy who many wanted out of Memphis years ago.

The international traveler and USA Basketball roster member is entering the most important season of his NBA career. He is in line to become an unrestricted free agent at almost the perfect time as the salary cap expands drastically due to the new NBA television deal ($70 million in 2015-2016, $89 million in 2016-17, and to $108 million in 2017-18.) He is a member of a 2016 unrestricted free agency class heavy at the top with Kevin Durant and Dwayne Wade, but outside of those two monster names (and perhaps an Al Jefferson or Joakim Noah depending on your opinions) he is at the top of the heap as one of the best players available. There will be teams potentially interested in throwing near-max money at Mike Conley, which would be in the neighborhood of $26 million per season for a player with 9 recorded seasons as an NBA player after the 2015-2016 season is complete. While Mike may not command that much on the open market, a 4-year, $90-95 million deal is actually a reasonable, and perhaps low-ball, prediction for what Conley would receive. 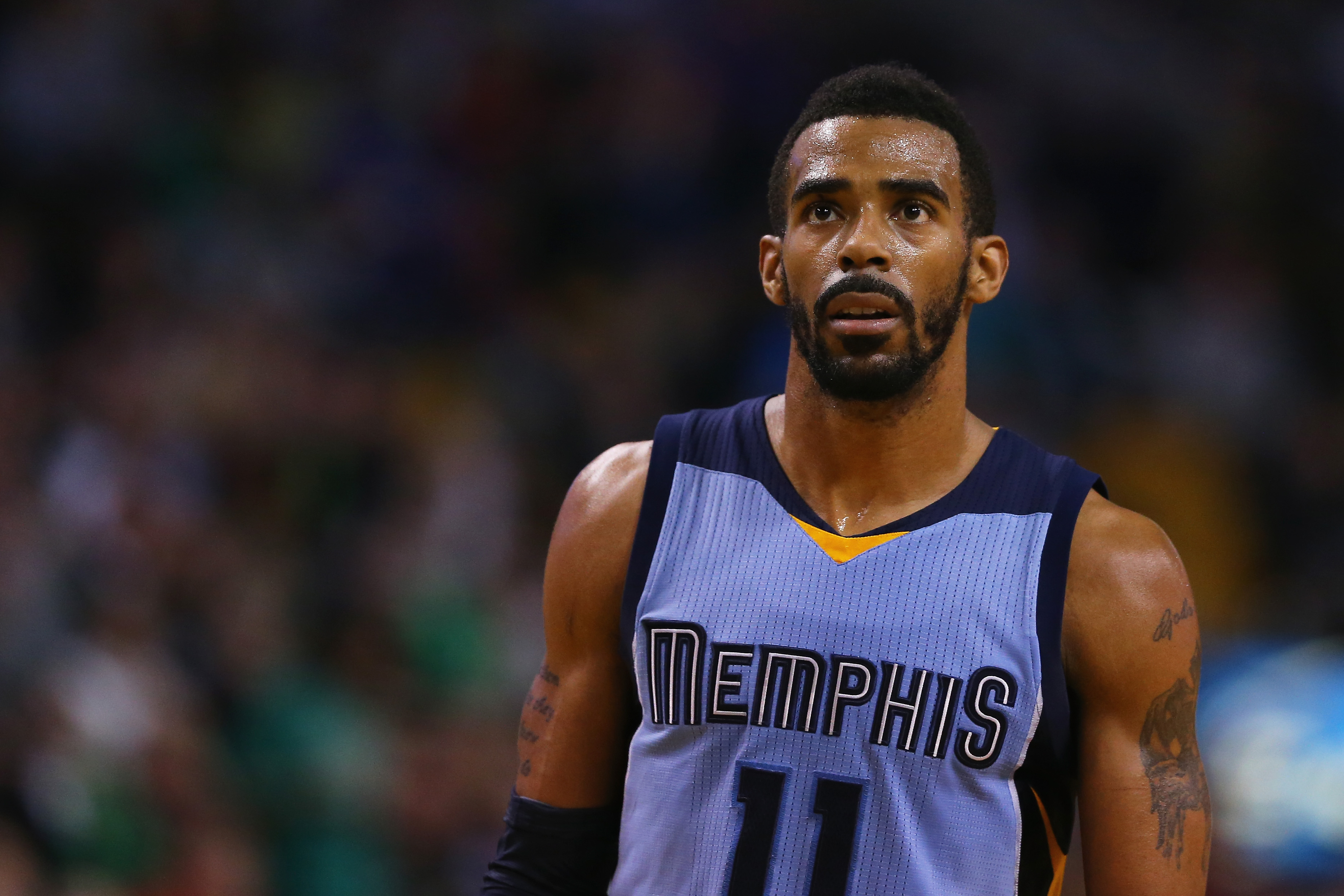 Memphis, who can offer that valuable 5th season which would bring the contract possibly over $115 million, is most certainly interested in keeping Conley around. Marc Gasol's return to Memphis came with communication with Conley that led Gasol to believe that Mike was also committed to sticking around in the Bluff City. Does that mean Mike Conley will do an extension before the December deadline? Of course not- it would be foolish for a soon-to-be 28 year-old man entering his prime earning years to leave $25 million or so on the table. It does mean that Conley's free agency may look a lot like Gasol's did. One visit. One team. No fuss, no muss (and Ohio or Memphis is not nearly as far away for Robert Pera to go to as Spain is.)

Of course, there is one thing standing between Conley and his massive payday. The 2015-2016 season. This kind of money, while not quite as bad with the rising cap (30% of that $89 million cap number for 2016-2017 number makes a max salary $26.7 million, whereas 30% of $70 million for 2015-2016 season is $21 million) still could feel quite steep for a player like Conley, who has yet to make an All-Star or All-NBA team (outside of 2nd team All-Defense for the 2012-2013 season.) Conley, while not asked to be a Chris Paul type of player in the Grizzlies' schemes, has never averaged more than 6.5 assists in a season and has not shown the ability to take over games like his Western Conference counterparts Russell Westbrook or Stephen Curry.

Mike has also had injury issues, as described above. Ankles, wrists, faces, all have added up to 21 missed regular season games and 3 missed playoff games over the past two seasons combined. This doesn't sound like much upon first hearing, and Conley has played in five 80 plus-game seasons (including all 62 games of the lockout-shortened 2011-2012 season). The past two years have given slight cause for concern with regard to durability, however, something that is highlighted even further as the new NBA trend appears to be a focus on larger Point Guards who may make life more difficult for Conley as the years go on.

Much like Marc Gasol the season before, Mike Conley has arrived at his greatest professional moment to date.

Last season I wrote an article questioning whether or not maxing out Marc Gasol was the right decision. Gasol stepped up, showed up in the best shape of his life and showed his worth, earning his new contract (and then some.) Mike Conley would be wise to learn from his Spanish "big brother" and make the most of his moment. The fresh out of Ohio State boy who came to Memphis is now a man, and the time has come for him to be "the man" alongside Gasol in Memphis. A career year to the tune of 18.5 points and 7 assists per game on 40% three-point shooting while getting his steals numbers back to his All-Defensive season number of 2.2 a game would further establish his value not just to Memphis, but the NBA. All-Star voting is subjective, but a selection to the roster would solidify him as a top player in a league filled with All-Star caliber Point Guards.

And the beautiful thing is, he is capable of all of this. His role in the Grizzlies' offense has expanded under Head Coach Dave Joerger and his ability to space the floor from beyond the arc has improved (he shot 38.6% from three last season.) He has added mass to his body and has become a better finisher at the rim, creating opportunities for himself and others that no one else on the team can at this point. Conley's leadership and skill set has grown from year to year. Mike has given us no reason to believe that as he enters his prime that growth will completely halt.

There is no question Conley is a key cog in the Grizzly machine. Now is the time for Mike to further build upon that "Captain Clutch" legend and stake his rightful claim to the only franchise he has ever known. Marc Gasol got his contract because he earned it. The moment has come for Mike Conley to do the same.

And as he rises to his moment, the Memphis Grizzlies will hopefully rise as well alongside their Captain.