Women Have A Place In The NBA

This past week, the Memphis Grizzlies' D League affiliate, the Iowa Energy, announced that Nicki Gross was being promoted to an assistant coach role, making her the only current female D-League assistant coach. As of late, women are bursting onto the NBA coaching scene. What does this mean for the league's future, and what does this mean for women across the sports world?

Share All sharing options for: Women Have A Place In The NBA

Becky Hammon recently paved the way for women in the NBA as she joined the Spurs last season as the first female assistant coach in NBA history. Now, Nicki Gross has followed suit as she enters into the role of an assistant coach for the Iowa Energy. Shortly after the announcement, another news story broke that the Sacramento Kings were hiring Nancy Lieberman as an assistant coach as well.

Becky Hammon impressed many as she led the San Antonio Spurs to victory in the Las Vegas Summer League championship, and her actions seem to have inspired other women to take a stance in this male-dominated league. 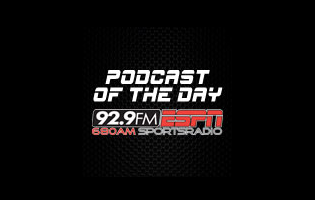 Nicki Gross will now have the opportunity to make her mark in the D-League. She graduated from Monmouth University with a masters in Business Administration. Previously, she had served as an intern at the NBA Summer League. Nicki Gross worked as the Iowa Energy's video coordinator this previous season, but now she has graduated to an assistant coach role and will primarily work as a scout for the Energy.

These moves not only symbolize a positive step for the NBA, but they also signal what is most likely to come in the future. I imagine that, within the next few years, the NBA will have its first female head coach. This would be groundbreaking not only for the NBA, but for the sports world in general. Historically, only men have coached in professional sports leagues. But now, women are entering the scene. And why shouldn't they?

The argument could be that men won't listen to women, or that women can't handle the pressure of an NBA coaching job. Well, just take a look at Becky Hammon. She took a Spurs team that should have been less talented than other teams with high lottery picks, and led them to the Summer League championship. Sure, it's only Summer League. But it was a great test to see how male players respond to a female coach in an NBA setting. Hammon obviously has had success so far. Now, other women are testing the waters of NBA coaching and hope to have the same type of success.

Don't give up. If you want to do something, then go right ahead and do it and don't let gender be something even in your mind that stops you. -Nicki Gross

On the Chris Vernon Show this past week, Nicki Gross said regarding her advice for females wanting to get involved in basketball in the NBA, "Don't give up. If you want to do something, then go right ahead and do it and don't let gender be something even in your mind that stops you. I hope I can inspire future female coaches, and managers, and players to do something they want to do in that aspect and that gender won't be a difference." Nicki also mentioned that, as a woman, she did not encounter many gender obstacles since she was fortunate to work with a great staff at the Iowa Energy. Perhaps, the world is becoming more accepting of women in the sports world than it was in previous decades.

The events of the past year have presented a positive step for women who want to get involved in the NBA. And Nicki Gross' story shows how putting in hard work and dreaming big dreams pays off. It'll be fun to continue following the 26-year-old's journey, along with Becky Hammon's and Nancy Lieberman's. Their stories provide inspiration to people like me and other girls everywhere. Nicki's promotion to assistant coach only shows how gender barriers are being broken down, brick by brick. People like Gross are inspiring women everywhere to jump into their dreams head first and not allow their gender to hold them back. But we still have a long way to go, so the sports world needs women to continue to step up and live out their dreams, whether it be in the NBA or the NFL.

They need to do this for the little girls who love the NBA and want to make it part of their career. Because if they won't, who will?