After the Grizzlies traded for Nikola Mirotic and the #14 overall pick earlier in the draft, the time has come for Memphis to wrap-up the lottery and make their selection.

The Phoenix Suns have taken Skal Labissiere at #13 overall, and now the time has come for the Memphis Grizzlies to select. Remember, they (well, I) sent Brandan Wright, #17 overall, a 2018 and 2019 2nd round pick, and the 2019 1st round pick Memphis got from the Jeff Green trade to the Mock Chicago Bulls. Nikola Mirotic is now a (mock) Grizzly, and the Grizzlies are on the clock. 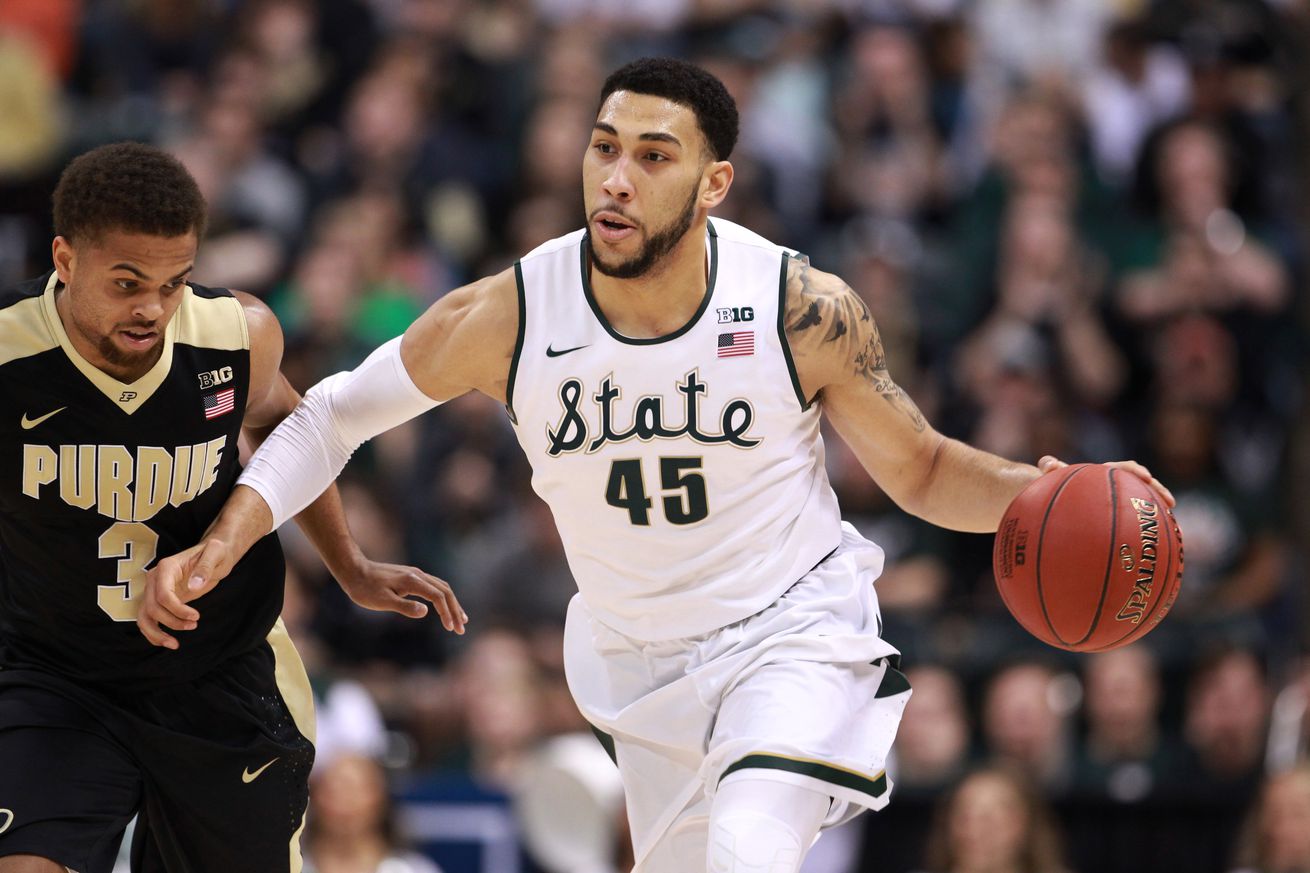 This is exactly who I wanted at #14 overall, and I am ecstatic he is here for the picking.

Yes, he isn't a tremendous athlete. And yes, his foot speed is lacking and may limit him defensively. And yes, he will be 23 in November and is potentially a finished product.

That potentially finished product is damn impressive, however.

You could start Valentine with the "Core Four" of Mike Conley (please re-sign), Tony Allen, Zach Randolph, and Marc Gasol and hide him defensively until he gets up to speed on Coach Fizdale's concepts (Valentine is a solid team defender, he struggles with staying in front of dribble penetration on his own). Or, in this mock situation you could bring him off the bench with Nikola Mirotic and give your reserves an impressive scoring punch as you add a wing in free agency. Regardless, player development is a key facet of Fizdale's coaching style and Valentine will be his first key project, especially on defense. Effort, toughness, and scheme can help him somewhat with his defensive shortcomings.
The Grizzlies have historically not played rookies, but a new sheriff is in town. Justise Winslow played a key role on the Miami Heat this season, as did Josh Richardson, so Fizdale has experience recently playing young guys in successful roles. The ability of Valentine to score the ball, and help others get chances to score, out of a variety of positions on the wing is something the Memphis Grizzlies need desperately. If the Grizzlies are done in this mock (a big if, maybe?), their offense just got a lot better.
Monday the Mock Draft continues with the picks of New Orleans, who is now on the clock, and Orlando.