The Pelicans earlier on traded back in our Mock and are again on the clock.

Trades, trades, trades galore! The Mock Memphis Grizzlies ended last week taking Denzel Valentine after a trade, and now the Mock New Orleans Pelicans and their Mock GM Wes George are on the clock again after trading #6 overall and Quincy Pondexter to the Denver Nuggets for Will Barton and picks #15 and #19 in this mock draft. 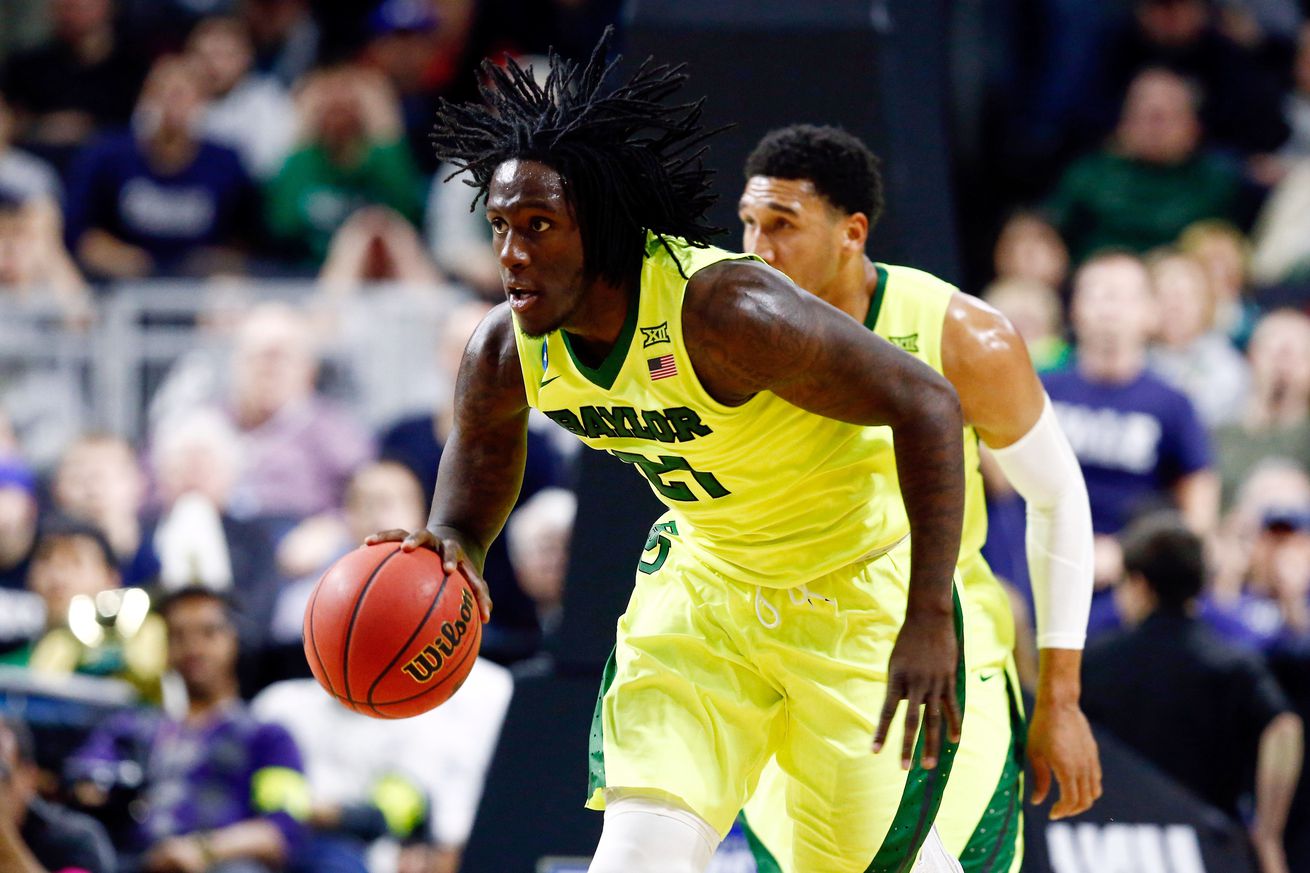 A player who may be on the Memphis Grizzlies' wish list in real life is bound for New Orleans in our mock. Here is Mock GM Wes George's rationale-

Having traded down to acquire two mid-first rounders in this mock exercise, the Pelicans will be looking to add complementary pieces around Anthony Davis. They'll want to target guys who they know can be contributors but also have potential to improve.

Taurean Prince is just that. He fits the mold of the modern NBA -- 6'8", 220 pounds, and a solid if not exceptional athlete. In an era that is shifting towards "positionless basketball," Prince has the skill set to switch 1 through 4 on defense and create offensively. His ceiling doesn't project to All-Star level, but comps like DeMarre Carroll and Tayshaun Prince are not out of the question.

The problem is that no part of Prince's game really jumps off the page at you. His athleticism is solid but not elite. Not a lock-down individual or team defender. His jump shot has proven to be reliable but not a massive threat (38% for his career from the college three point line on 2.7 attempts per game).

But the potential is there. With the right coaching, he has the physical ability to become a very strong defender. His jump shot could continue to develop. Cast in a role that maximizes his abilities, Prince could be a great value pick in the middle of the first round.

And with two first round picks, the Pelicans can afford to make one "safe" pick in Prince and then swing for the fences at #19.

He also adds an element of snark that should be fun to watch.

He's talking about this-

Very funny. Where NOLA goes with #19 bears watching, to say the least. But up next, Daron Koch and his Mock Orlando Magic are on the clock!