The Pacers are on the clock, and go with a scoring wing with some upside.

With the 20th pick in the 2016 GBB Community NBA Mock Draft, the Indiana Pacers and their Mock GM Aimee Stiegemeyer of the Memphis Grizzlies fan blog All Heart in Hoop City select... 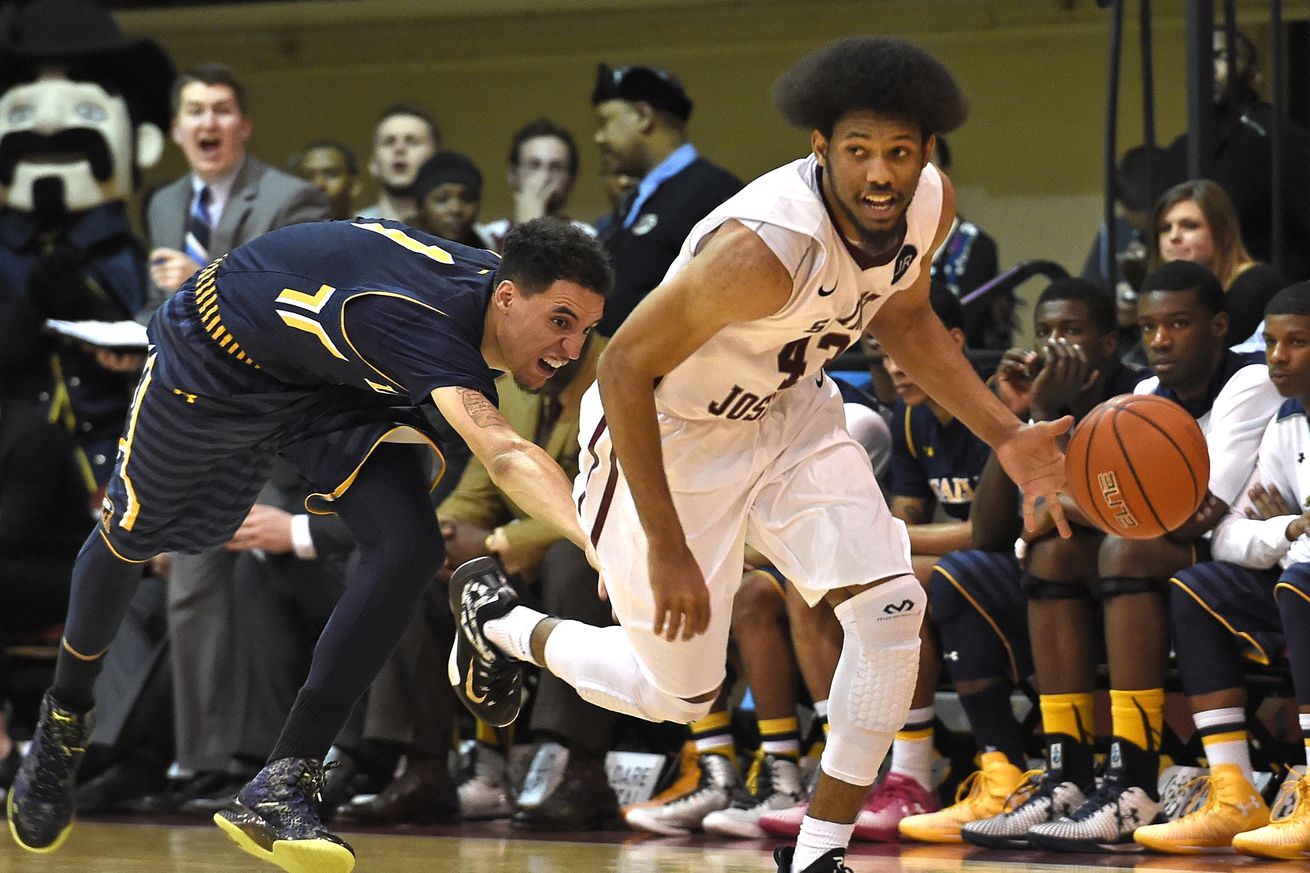 An old-school hairstyle with a game that can possibly be very friendly to the modern NBA, Bembry is another player whose stock has gone up in recent weeks. Aimee outlines her thoughts on the pick here-

As a draft prospect, DeAndre Bembry might not have made it up near the top of various draft lists, but studying the progression of his game over his 3 seasons at St. Joseph's, the numbers show a player who has grown consistently, in both maturity and ability.

He's also still got plenty of room for improvement, and based on his pre-draft interview, it sounds like he is already targeting some of the weaker areas of his game. His jump shot and outside shooting ability thus far do leave a bit to be desired, but I think there is a lot of untapped potential there, just waiting to be unlocked.

Bembry has shown the kind of versatility in both his offensive and defensive skill sets that would make him a valuable asset with the right development. That flexibility could come in real handy for the Pacers in the future.

DeAndre Bembry may never be a "superstar" in the league, but his reputation as a team first player, along with his "get in where you fit in" attitude, I feel like he's worth taking a chance on.

Today, a couple more wings have come off the board. Who will be taken in our mock next? Tomorrow Atlanta and Charlotte are on the clock.