The Pelicans are again on the clock in our mock. They go with a wing who can score the rock.

With the 19th pick in the 2016 GBB Community NBA Mock Draft, the New Orleans Pelicans (in their 2nd first round pick after their trade with Denver) and their Mock GM Wes George select... 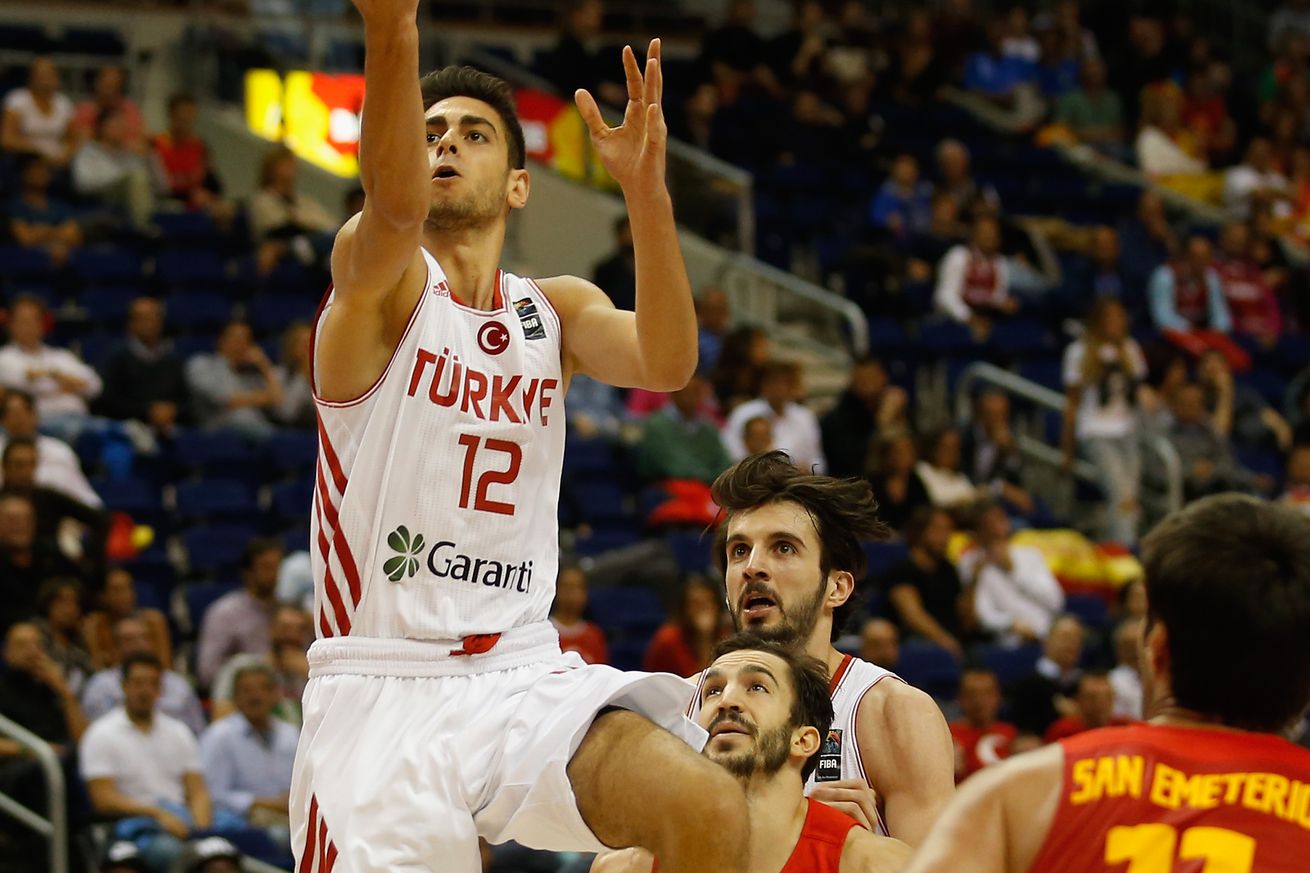 Broken down in our GBB Mock Draft Roundup yesterday, Korkmaz can straight get buckets. Here is why Wes thinks the New Orleans Pelicans (in this mock) would be wise to take him-

Having already taken Taurean Prince at 15, the Pels can afford to take a bigger risk here later in the first round.

Enter Furkan Korkmaz, the sweet-shooting 19 year old Turkish swingman. As with all young international prospects, you're definitely taking your chances on him being a complete bust. But Korkmaz has the talent to warrant a selection here.

You take him here for one primary reason: the kid can shoot the dang basketball. He shot 42% from the 3 point stripe in the Turkish league and has an extremely pure stroke. At 6'7", he's also got the length to create separation. He shows flashes of promise as a creator on the offensive end, and should gain strength as he gets older.

The problems are on the defensive end, where... well, calling him a sieve might be mean but also accurate. Watching his tape is a bit like watching a turnstile play a basketball game. That being said, the effort and the athleticism are both there. With time and coaching, he might be able to become a passable defender.

With Tyreke Evans, Taurean Prince, and Will Barton (in this theoretical scenario) all on the books for next year, the Pelicans can afford to give Korkmaz a year to season on the bench. This is a worthwhile gamble for a team who would love to surround Anthony Davis with knock-down shooters.

A pick for need now, a pick for potential. The Pelicans are moving in the right (mock) direction. The mock Indiana Pacers are now on the clock.