The ATL is on the mock clock, and they're in a position to look for the best player available on their board.

With the 21st pick in the 2016 GBB Community Mock NBA Draft, the Atlanta Hawks select... 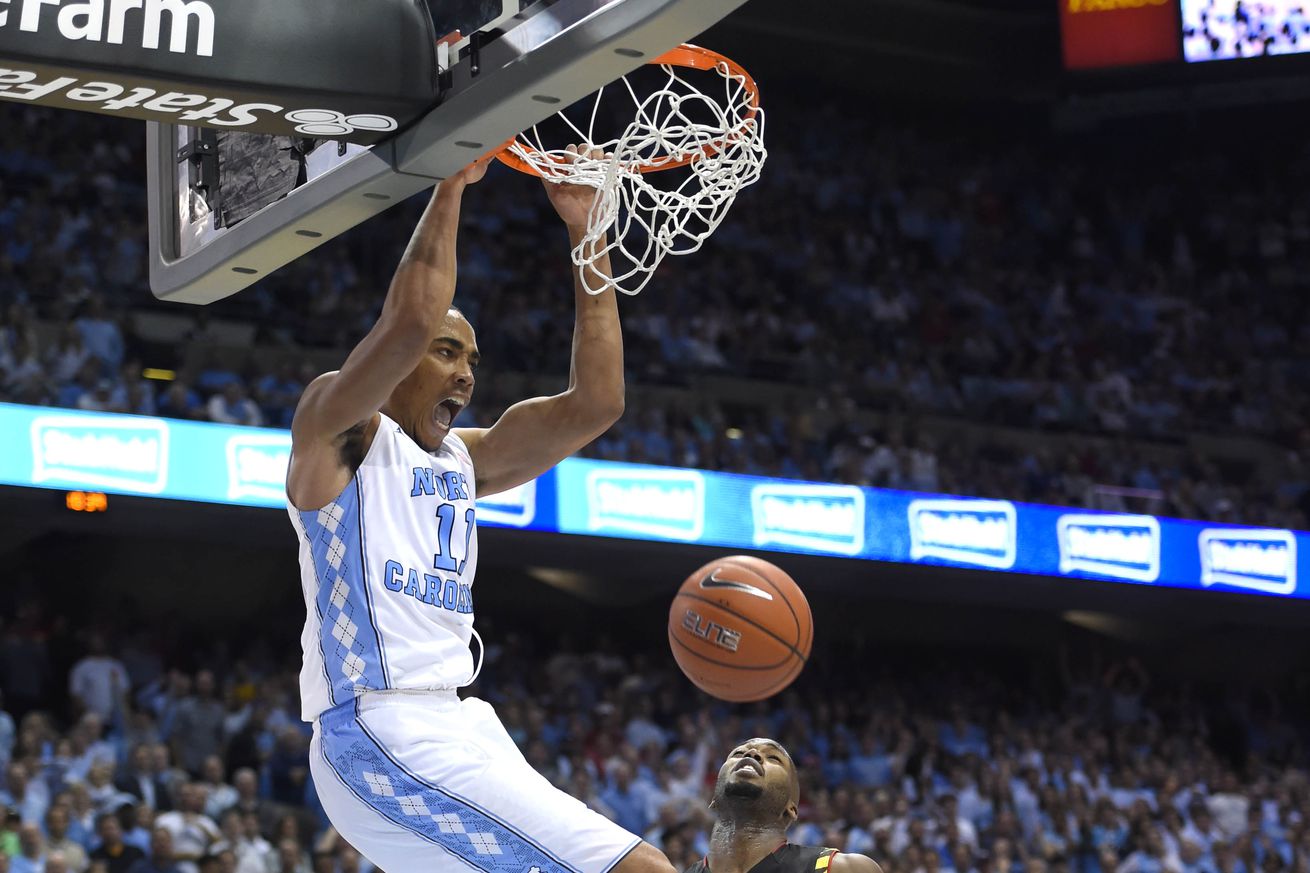 Atlanta has needs in the frontcourt potentially, especially at the Power Forward position. Paul Millsap is one of the league's most underrated players and has that spot locked down as a starter, but behind him? Mike Scott logged the next most minutes this past season according to basketball-reference.com, and while Scott has a solid mid-range and a bit beyond scoring game he is not known as a defensive stopper or dominant post presence.

Enter Brice Johnson, who according to NBADraft.net is comparable to Taj Gibson of the Chicago Bulls in terms of overall game. Johnson is a big who has athletic ability, can defend both stretch fours and can block shots at the rim, and has nice touch outside the paint. His frame could continue to add muscle mass, but his ability to move, especially in the open court, would be a major bonus for Atlanta. Plus, he comes from a winning program in North Carolina, so he has been in big-time situations and has led successful teams. That experience is very valuable.

Later in the first round, you look for guys with high ceilings. Even though Johnson is an old 21 (he turns 22 in 11 days), he can blossom behind Millsap and eventually possibly overtake Scott by the 2017-2018 season as the elad back-up in the front court. That would be a good use of #21 overall.

The Charlotte Hornets are on the clock.