With the 23rd pick in the 2016 GBB Community Mock NBA Draft, the Orlando Magic select... 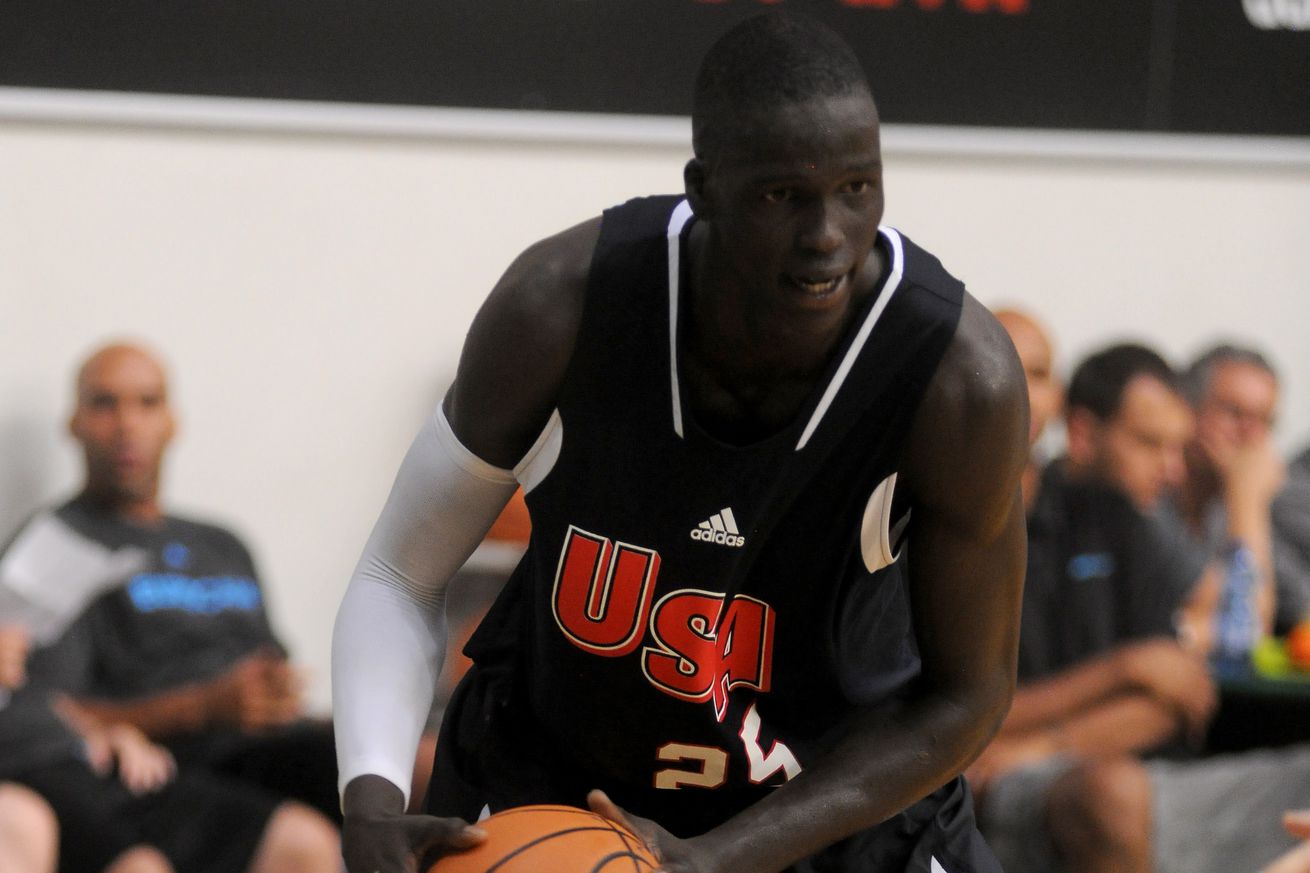 Talk about a pick for potential! Orlando's Mock GM Daron Koch explains his rationale for the likely-to-be-perceived reach here:

With the 16th pick, the mock Orlando Magic went with a "need" pick in Deyonta Davis, so for the 23rd pick, they decide to swing for the fences and select Thon Maker.

While many may feel this is a reach at 23, this is the kind of pick that, if he lives up to his potential, could mean the difference between future playoff runs & future lottery selections. Yes, there were safer picks on the board, but what kind of mock GM would I be by playing it safe?

Thon has some nice physical tools. He is 7'1" with a 9'3" standing reach. While not a gazelle, he does have decent speed to get up & down the court. He can shoot reasonably well from outside, which is a must in today's era. His motor is very high and will provide energy off the bench early in his career. Given his youth, he definitely has huge upside (channeling my inner Mel Kiper there) and while he is by no means a guaranteed success, at #23, he is worth a shot.

Thon also has a huge competitive side, willing to expend all of his energy in order to succeed. This, I believe, puts him a step ahead of other potential boom or bust picks.

Daron goes out on a limb at #23 overall. The Philadelphia 76ers are on the clock.