The 76ers are back on the clock after selecting Brandon Ingram #1 overall in our Mock Draft!

With the 24th pick in the 2016 GBB Community NBA Mock Draft, the Philadelphia 76ers and their Guest Mock GM for this pick GBB reader Jama17 select... 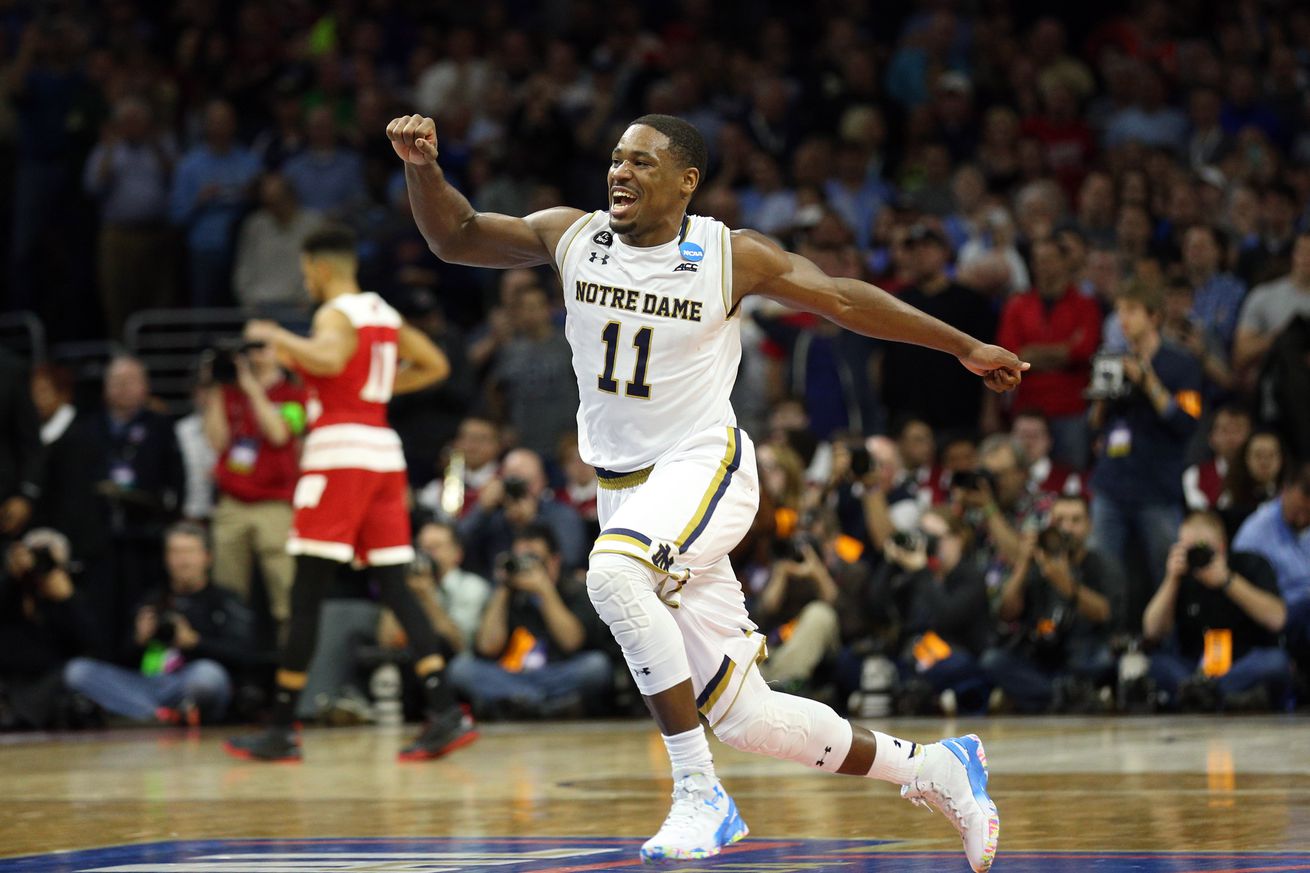 The young former member of the Fighting Irish is heading to Philly. Here is Jama17's (all the way from Lithuania!) reasoning why-

As the guest mock General Manager of the Sixers, I am happy to pick up Demetrius Jackson with the 24th pick. Even though Jackson is far from being the youngest prospect in the draft (21yo, will turn 22 before the start of the season), his athleticism and quickness is what appeals to our organization the most. Since we basically will have three front-court rookies demanding minutes (Ingram, Embiid, Šarič), our main priority is to find a back-up point guard (presuming a starting floor general is signed in free agency). Ish Smith and Isaiah Canaan will become free agents and Kendall Marshall has a non-guaranteed contract for next season, so the primary plan is to split the back-up point guard minutes between T.J. McConnell and Demetrius Jackson.

The quickness of Jackson is a particular strength that we are looking forward to. Head coach Brett Brown loves to play up-tempo basketball, and the first step of Demetrius is really going to help us push the pace in transition. Moreover, we hope that he can become an effective pick and roll partner with any of the young centers that are going to remain on our roster, and despite his diminutive height (6'0), he more than compensates for it with solid wingspan (6'5), which makes us feel optimistic about his defensive potential. And yes, we can discuss Jackson being or not being the best player available at this position, but the days of Hinkie-style are over in Philly. The win-now mentality (even though it sounds ironic) is the new mantra in the city of brotherly love, so this time we draft strictly for the fit in our roster. So Demetrius Jackson it is.

Look out, Brooklyn, we're coming to get you!!

Calling out other mock teams, I love it. Monday's Mock Draft posts will feature the return of Kevin Lipe to GBB to pick for the Clippers, and the Sixers again at #26.