After taking a tough L just four days ago, the Golden State Warriors are on the Mock Clock as our Community Mock Draft comes to an end.

Sadly, all good things must come to an end. Before I make the final selection of our Community Mock Draft, I would like to thank everyone who took part in our Community Mock Draft this season. We had fellow bloggers, GBB Contributors, great readers, and we all learned a good bit about this year's draft class in the process. Our staff and community here at GBB is what makes this site one of the best out there, and I am appreciative of your time and talents.

Now, time for a team that doesn't need a ton of help despite recent events- the Golden State Warriors.

With the 30th pick in the 2016 GBB Community NBA Mock Draft, the Golden State Warriors select... 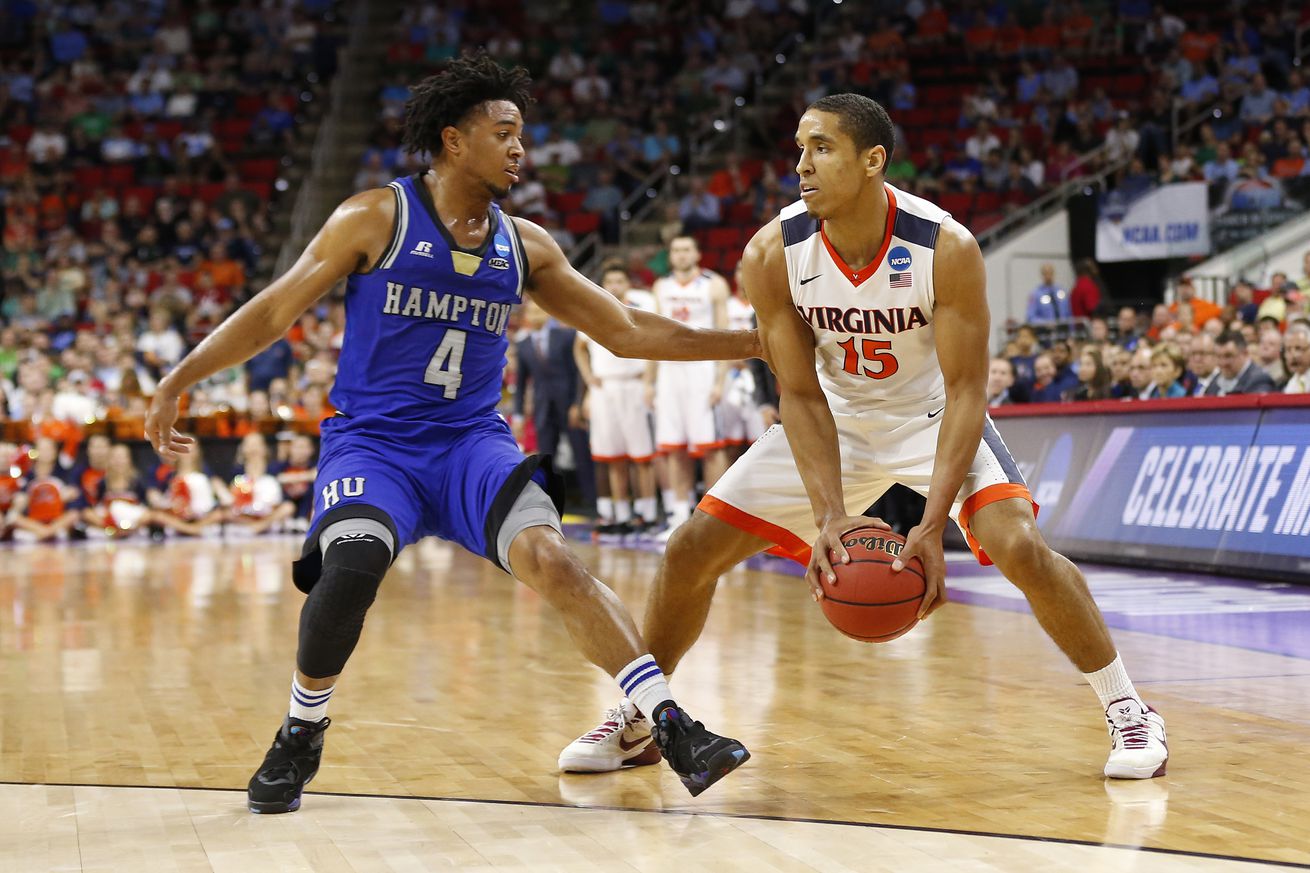 Brogdon has flirted with the line between a late first round pick and early second round pick in recent mock drafts, and Golden State pulls the trigger on a young man who should be able to help them sooner rather than later. Brogdon has one of the highest basketball IQ's in the entire draft, playing a central role at UVA on both offense and defense. He has a higher level of maturity and experience than most players will at this point in the draft, and the fact he prides himself on his defensive prowess will surely be attractive to the Warriors. He should be able to defend all perimeter positions if necessary, which will work quite nicely in the Warriors' system of defensive switches.

He also can handle the ball as a wing, enabling players like Stephen Curry to play off the ball more, and he has a sweet shooting stroke (39% from three last season). On top of it all? He's ready to play now. He won't wow you with his athleticism, and he is likely close to a finished product. But as one of the four teams with a realistic shot at winning an NBA title in 2016-2017 (Golden State, San Antonio, Oklahoma City, Cleveland), the Warriors will benefit from cheap, experienced play at #30 overall with Brogdon in the fold.

That's it for this year! Make sure GBB is your main stop for NBA Draft coverage through Thursday night and beyond!